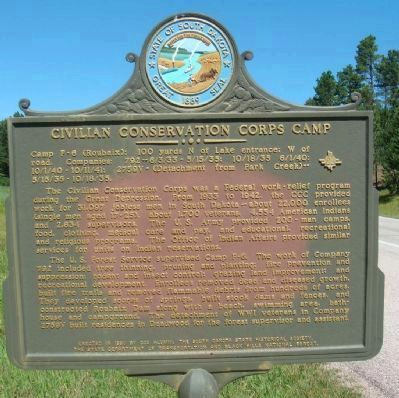 The Civilian Conservation Corps was a federal work-relief program during the Great Depression. From 1933 to 1942, the CCC provided work for 31,097 jobless men in South Dakota--about 22,000 enrollees (single men aged 17-25), about 1,700 veterans, 4,554 American Indians and 2,834 supervisors. The U.S. Army provided 200-man camps, food, clothing, medical care and pay, and educational, recreational and religious programs. The Office of Indian Affairs provided similar services for units on Indian reservations. 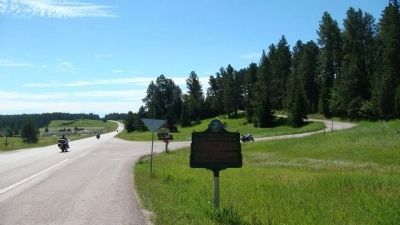 Click or scan to see
this page online
a beach, swimming area, bath-house and campground. The detachment of WWI veterans in Company 2759V built residences in Deadwood for the forest supervisor and assistant.

Topics and series. This historical marker is listed in this topic list: Charity & Public Work. In addition, it is included in the Civilian Conservation Corps (CCC) 🏞️ series list. A significant historical year for this entry is 1933. 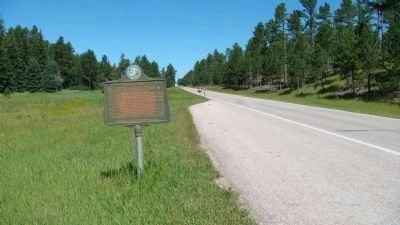 Related markers. Click here for a list of markers that are related to this marker. (other Civilian Conservation Corps Camp markers) 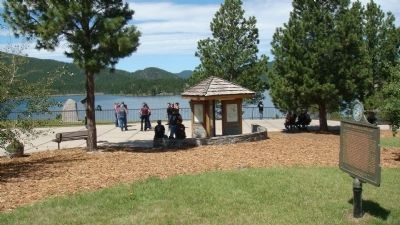