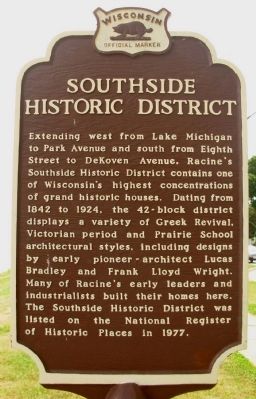 Southside Historic District Parks
Designated as public space as early as 1842, Racine’s West Park on College Street and East Park on Main Street remain as they were originally platted and are part of the Southside Historic District. Notable in East Park is a granite statue of President and Mrs. Lincoln by Chicago sculptor Frederick C. Hibbard. In 1867, Mary Todd Lincoln visited Racine and walked often in East Park, sometimes with her son Tad. Dedicated in 1943, the statue is rare for memorializing 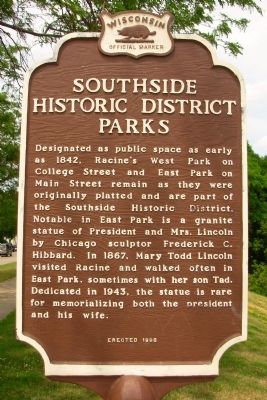 Click or scan to see
this page online
both the president and his wife.

Topics and series. This historical marker is listed in this topic list: Notable Places. In addition, it is included in the Wisconsin Historical Society series list. A significant historical year for this entry is 1842. 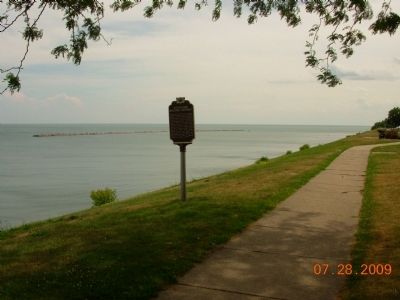 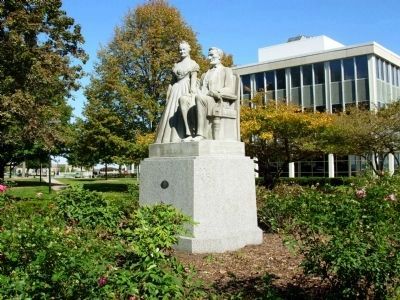 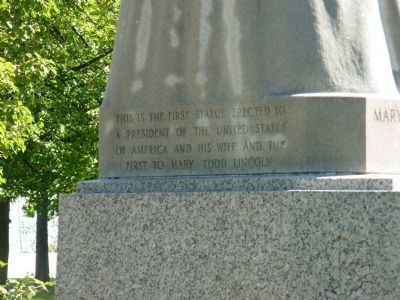 Photographed By Paul F, October 4, 2010
5. Inscription at base of Lincoln Statue
"This is the first statue erected to a President of the United States of America and his wife and the first to Mary Todd Lincoln." 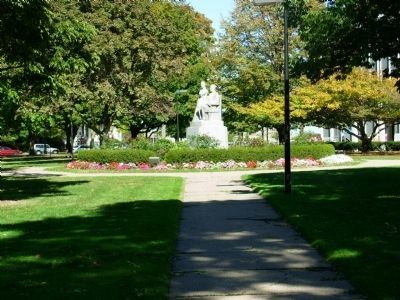