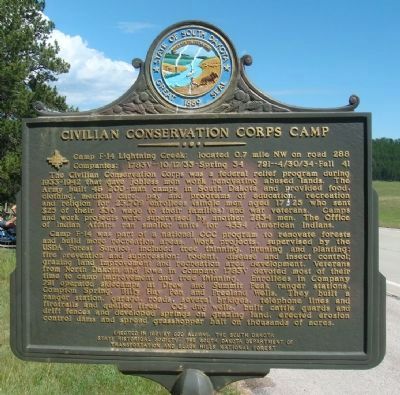 The Civilian Conservation Corps was a federal relief program during 1933-1942 that gave jobless men work renovating abused lands. The Army built 48 200-man camps in South Dakota and provided food, clothing, medical care, pay and programs of education, recreation and religion for 23,709 enrollees (single men aged 17-25 who sent $25 of their $30 wage to their families) and war veterans. Camps and work projects were supervised by another 2834 men. The Office of Indian Affairs ran small units for 4554 American Indians. 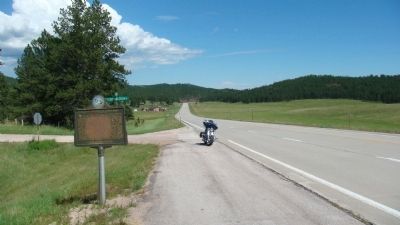 Topics and series. This historical marker is listed in this topic list: Charity & Public Work. In addition, it is included in the Civilian Conservation Corps series list.