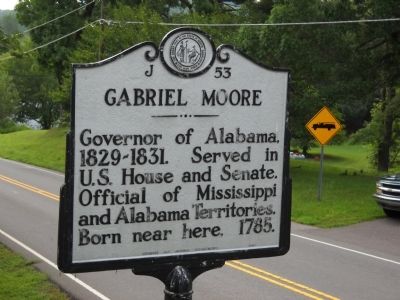 Photographed By Bill Coughlin, August 6, 2010
1. Gabriel Moore Marker
Inscription.
Gabriel Moore. . Governor of Alabama, 1829-1831. Served in U.S. House and Senate. Official of Mississippi and Alabama Territories. Born near here, 1785. . This historical marker was erected in 1962 by Archives and Highway Departments. It is in Danbury in Stokes County North Carolina

Governor of Alabama, 1829-1831. Served in U.S. House and Senate. Official of Mississippi and Alabama Territories. Born near here, 1785.

Topics and series. This historical marker is listed in this topic list: Government & Politics. In addition, it is included in the North Carolina Division of Archives and History series list. A significant historical year for this entry is 1785.

Location. 36° 24.559′ N, 80° 12.307′ W. Marker is in Danbury, North Carolina, in Stokes County. Marker is at the intersection of Main Street (State Highway 89) and Courthouse Circle, on the left when traveling east on Main Street. Touch for map. Marker is in this post office area: Danbury NC 27016, United States of America. Touch for directions. 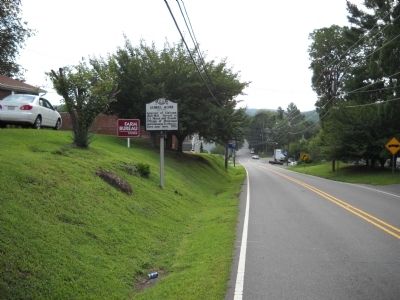 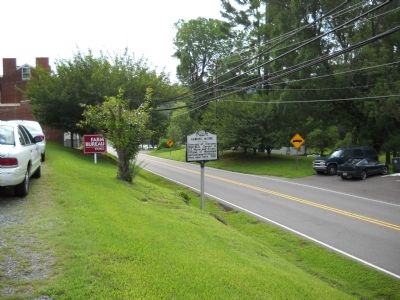