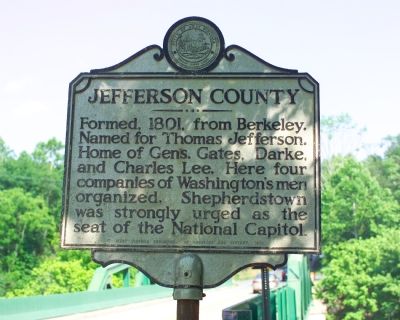 Berkeley County. Formed from Frederick in 1772. Named for Norborne Berkeley, Baron Botetourt, governor of Virginia, 1768–1770. Home of many leaders in the Revolution. As early as 1774, George Washington had orchards planted here.

Erected 1974 by West Virginia Department of Archives and History.

Topics and series. This historical marker is listed in these topic lists: Political Subdivisions • War, US Revolutionary. In addition, it is included in the West Virginia Archives and History series list.

Location. 39° 19.183′ N, 77° 59.317′ W. Marker is near Middleway, West Virginia, in Jefferson County. Marker is on Washington Heritage Trail (West Virginia Route 51) near the Opequon Creek Bridge, on the right when traveling east. Touch for map 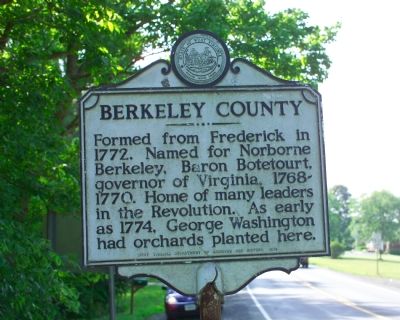 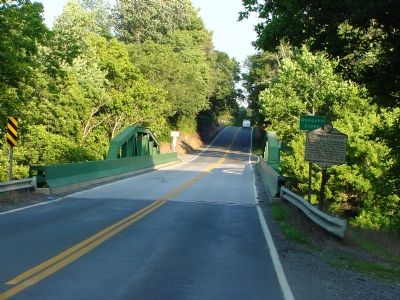 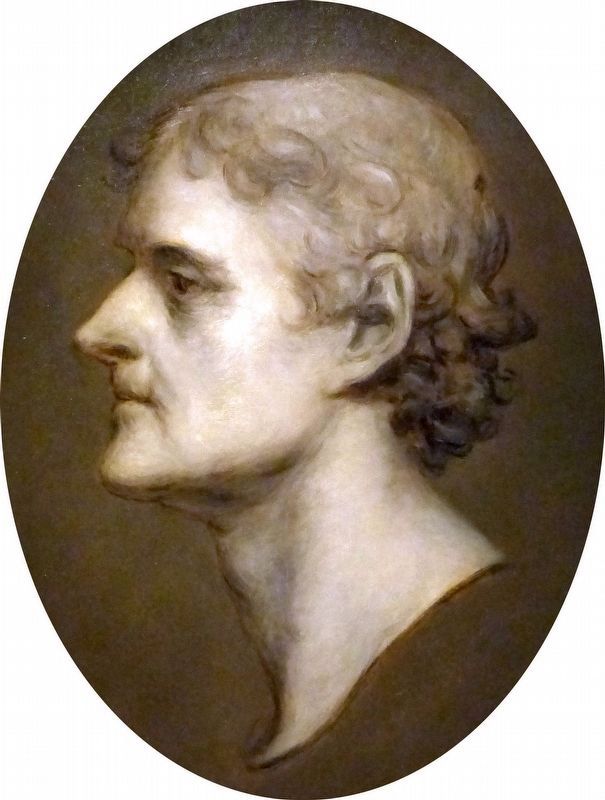 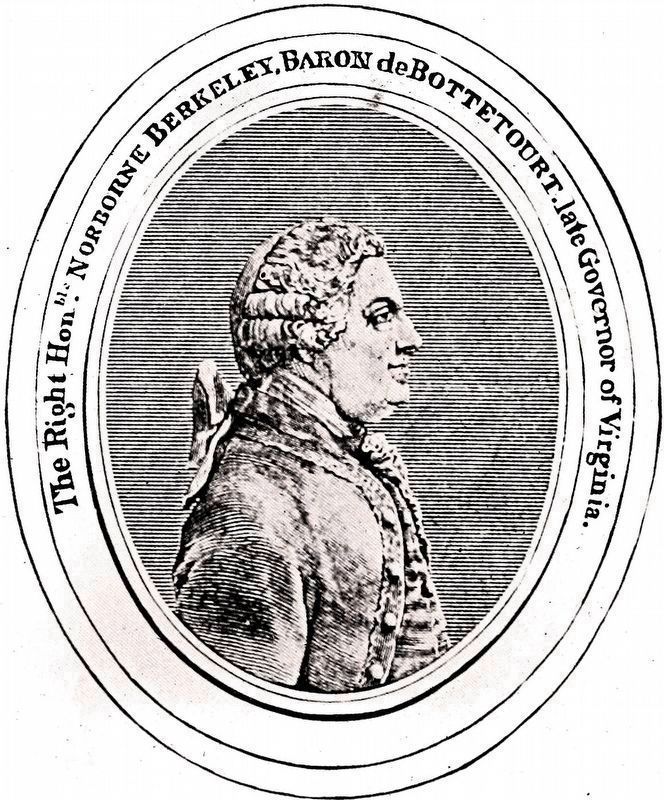