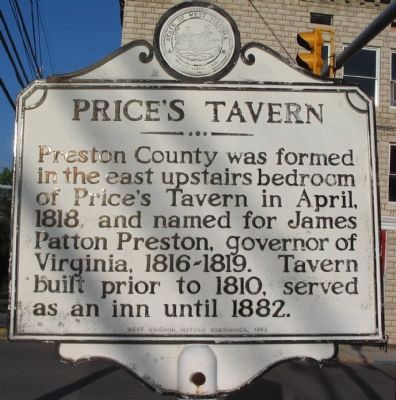 Preston County was formed in the east upstairs bedroom of Price's Tavern in April, 1818, and named for James Patton Preston, governor of Virginia, 1816-1819. Tavern built prior to 1810, served as an inn until 1882.

Topics and series. This historical marker is listed in this topic list: Government & Politics. In addition, it is included in the West Virginia Archives and History series list. A significant historical month for this entry is April 1818.

Location. 39° 28.314′ N, 79° 41.243′ W. Marker is in Kingwood, West Virginia, in Preston County. Marker is at the intersection of Main Street (State Highway 7) and Price Street, on the right when traveling east on Main Street. Located on the grounds of the Preston County Courthouse. Touch for map. Marker is in this post office area: Kingwood WV 26537, United States of America. Touch for directions. 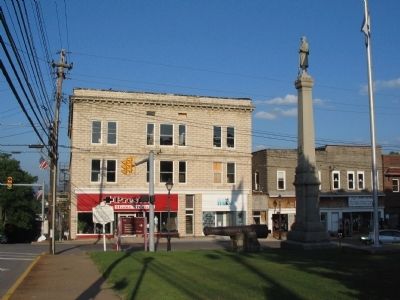