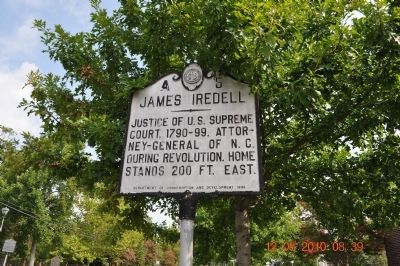 Photographed By Sandra Hughes, August 12, 2010
1. James Iredell Marker
Inscription.
James Iredell. . Justice of U.S. Supreme Court, 1790-99, Attorney-General of N.C. during Revolution. Home stands 200 ft. East. . This historical marker was erected in 1936 by Department of Conservation and Development. It is in Edenton in Chowan County North Carolina

Erected 1936 by Department of Conservation and Development. (Marker Number A-5.)

Location. 36° 3.658′ N, 76° 36.49′ W. Marker is in Edenton, North Carolina, in Chowan County. Marker is on North Broad Street close to East Church Street. Opposite side of street from Henderson Walker and St Paul's Church Markers. Touch for map. Marker is in this post office area: Edenton NC 27932, United States of America. Touch for directions. 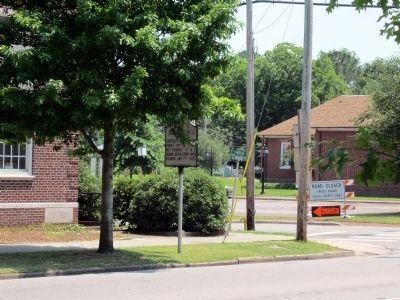 2. Wikipedia James Iredell. James Iredell was born in Lewes, England, the oldest of five children of a Bristol merchant. The failure of his father's business (and health) impelled James to immigrate to the Colonies in 1767 at the age of 17. Relatives assisted him in obtaining a position in the customs service as deputy collector, or comptroller, of the port of Edenton, North Carolina. (Submitted on August 24, 2010, by Sandra Hughes Tidwell of Killen, Alabama, USA.)

4. Chowan County North Carolina. The James Iredell, Sr. House, located at 105 East Church Street in Edenton, was the home of 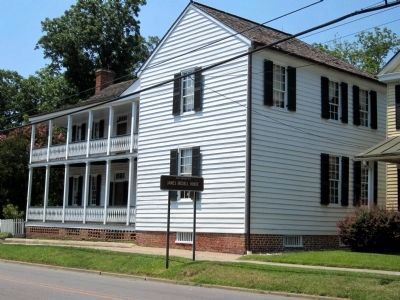