A Town of 25 Takes Shape 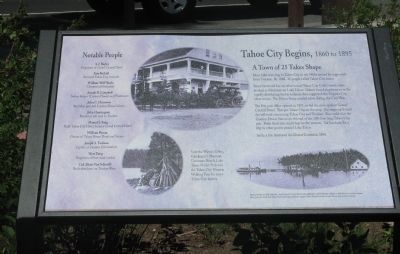 Most folks traveling to Tahoe City in the 1800s arrived by stagecoach from Truckee. By 1868, 25 people called Tahoe City home.

Some harvested hay on what is now Tahoe City’s Golf Course, some worked as fishermen on Lake Tahoe. Others found employment in the rapidly developing timber industry that supported the Virginia City silver mines. The Union Army needed silver during the Civil War.

The first post office opened in 1871, as did the new, opulent Grand Central Hotel. This put Tahoe City on the map. The stagecoach used the toll road connecting Tahoe City and Truckee. You could visit the Custom House Saloon on the end of the 100-foot-long Tahoe City pier. From there you could hop on the steamer, Tod Goodwin, for a trip to other points around Lake Tahoe.

Sadly, a fire destroyed the Grand Central in 1895. 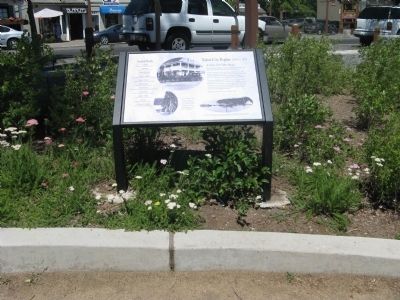 Topics. This historical marker is listed in this topic list: Notable Places. A significant historical year for this entry is 1868. 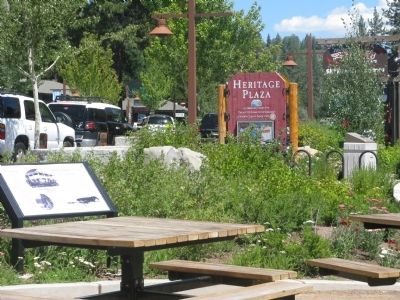