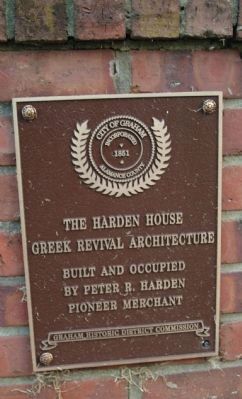 Regarding The Harden House. 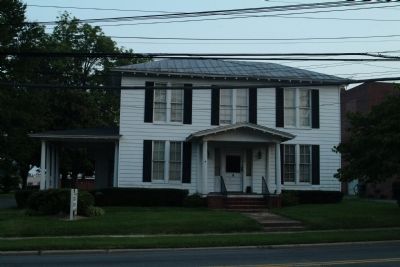 Photographed By Paul Jordan, August 26, 2010
2. The Harden House
The marker is on the brickwork to the right of the front steps.

Click or scan to see
this page online
The home was located beside Harden's
mercantile store, which has since been torn down. There is a local tradition that Albion Tourgee resided in the house while serving as a member of the State Constitution Conventions of 1868 and 1875.

The building is currently the home of Landmark Surveyors.