Built to House the Alamance Gleaner 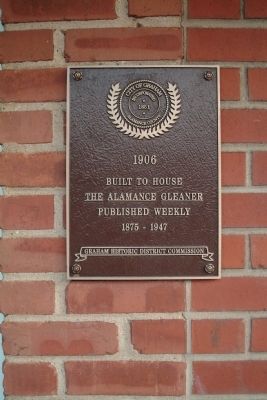 Topics. This historical marker is listed in this topic list: Communications. A significant historical year for this entry is 1906.

Regarding Built to House the Alamance Gleaner. The weekly newspaper, The Alamance 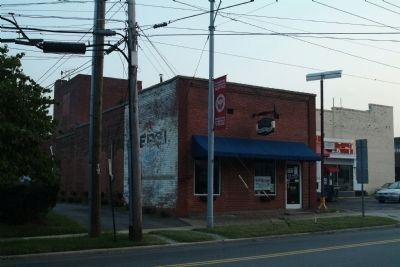 Click or scan to see
this page online
Gleaner, published its first issue on February 9, 1875. The first editor was Captain Edward S. Parker. The newspaper's first office was on the third floor of the Trollinger Hotel in 1875. The newspaper moved to the Patterson building and then to the Harden store before ending up at this location.

The newspaper is available on microfilm at the Graham Public Library, located at 211 South Main Street. Issues are available: February 1875 to January 1947.

The building is the current home of E.P. Gates Construction and Realty.