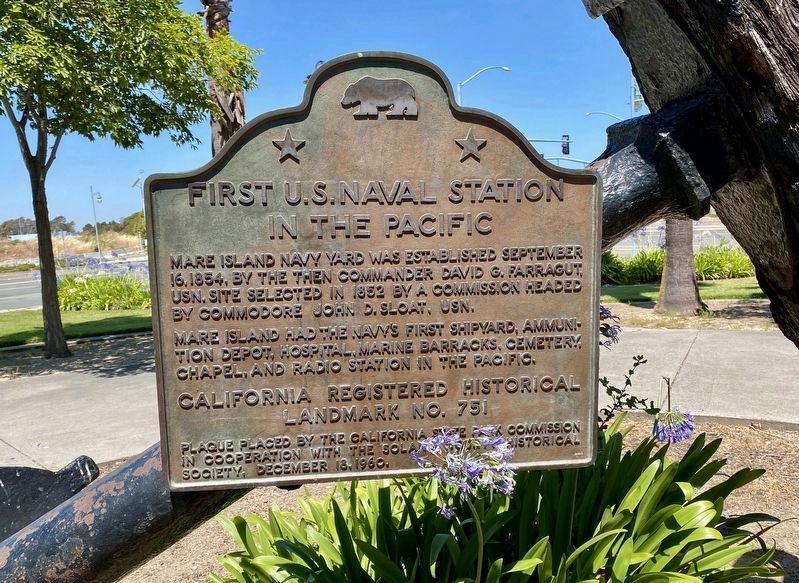 Topics and series. This historical marker is listed in this topic list: Military. In addition, it is included in the California Historical Landmarks series list. A significant historical date for this entry is September 16, 1854.

Other nearby markers. At least 8 other markers are within walking distance of this marker. Mansion Gallery (approx. ¼ mile away); Hunter Memorial Promenade 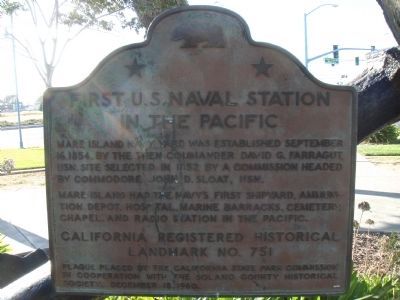 Regarding First U.S. Naval Station In The Pacific. During its tenure as the Navy's oldest base on the west coast, Mare Island built 512 ships and repaired hundreds more. Those ships, both great and obscure, fought in every conflict since. Mare Island's first ship, the paddle-wheeled gunboat Saginaw, was launched before the Civil War, in 1859, and its last ship, the nuclear submarine U.S.S. Drum, was launched in 1970 when our country was divided over the Vietnam war. These vessels also included the small ferryboat Pinafore, which chugged between Mare Island and Vallejo for 30 years starting in the 1890's, and the battleship U.S.S. California, the only battleship built on the west coast.

This site was designated as California 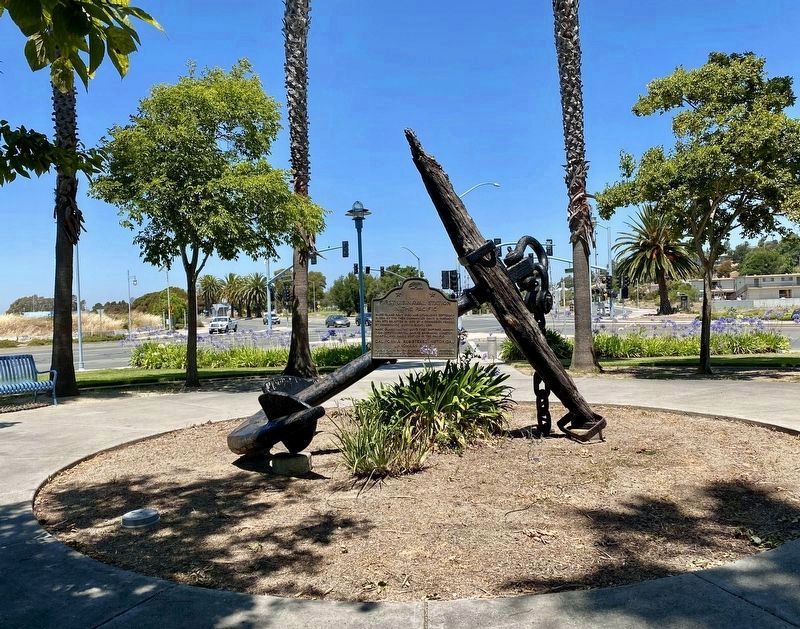