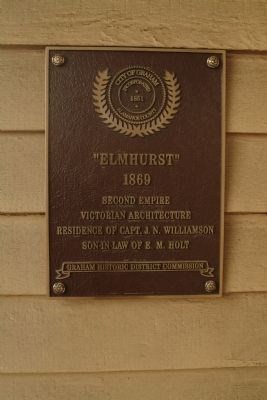 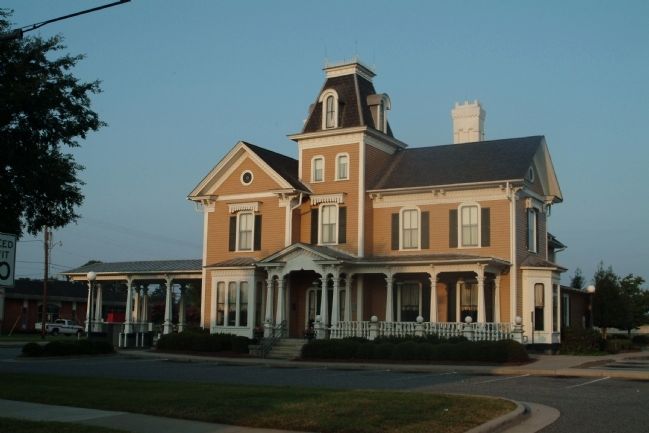 Click or scan to see
this page online
Edwin Michael Holt (1807 - 1844) built this house in 1878, for his daughter, Mary Elizabeth Holt (1844 - 1935), and her husband, Captain James N. Williamson (1842 - 1921). Williamson was a commanding officer in the Confederate Infantry and the founder of Ossipee Textile Mill.
McClure Funeral Home purchased the property in 1939, and remained in that location for many years.
The house was purchased and renovated by Nationsbank in 1993. The drive-thru overhang attached to the left of the house was added at that time. The property is currently owned by Bank of America. 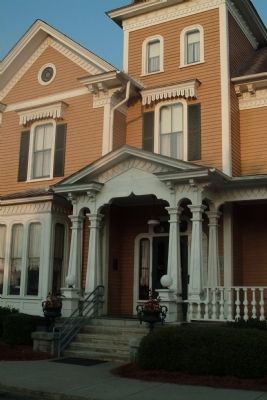