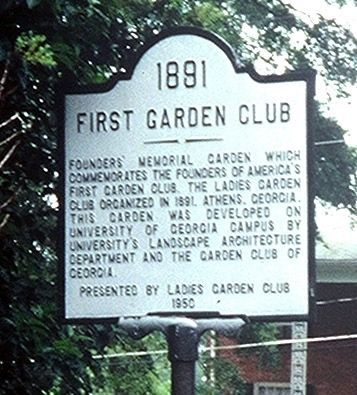 Founders’ Memorial Garden which commemorates the founders of America’s first garden club. The Ladies Garden Club organized in 1891, Athens, Georgia. This garden was developed on University of Georgia campus by University’s Landscape Architecture Department and the Garden Club of Georgia.

Topics. This historical marker is listed in these topic lists: Fraternal or Sororal Organizations • Horticulture & Forestry. A significant historical year for this entry is 1891. 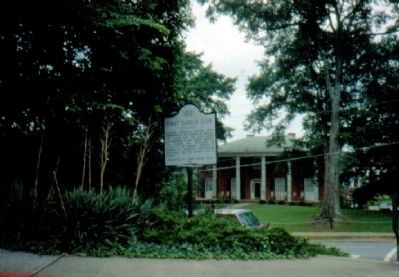