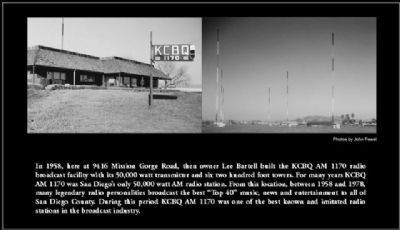 [ Upper Plaque: ]
In 1958, here at 9416 Mission Gorge Road, then owner Lee Bartell built the KCBQ AM 1170 radio broadcast facility with its 50,000 watt transmitter and six two-hundred foot towers. For many years, KCBQ AM 1170 was San Diego's only 50,000 watt AM radio station. From this location, between 1958 and 1978, many legendary radio personalities broadcast the best "Top 40" music, news, and entertainment to all of San Diego County. During this period, KCBQ AM 1170 was one of the best known and imitated radio stations in the broadcast industry. 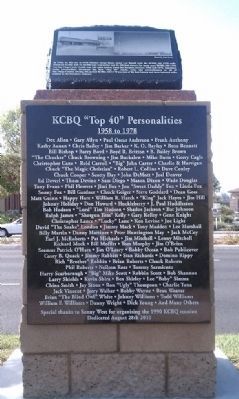 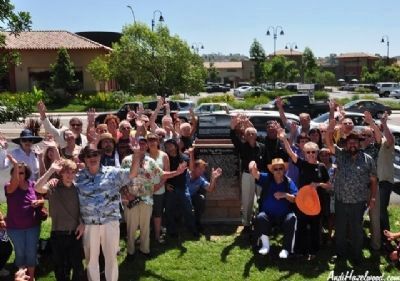 Special thanks to Sonny West for organizing the 1990 KCBQ reunion

Topics. This historical marker is listed in these topic lists: Communications • Entertainment. A significant historical year for this entry is 1958.