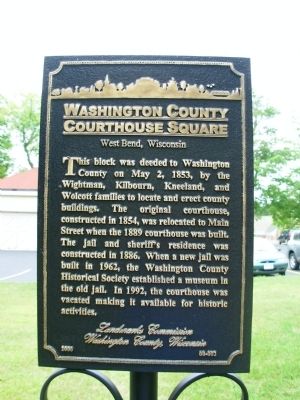 This block was deeded to Washington County on May 2, 1853, by the Wightman, Kilbourn, Kneeland, and Wolcott families to locate and erect county buildings. The original courthouse, constructed in 1854, was relocated to Main Street when the 1889 courthouse was built. The jail and sheriff’s residence was constructed in 1886. When a new jail was built in 1962, the Washington County Historical Society established a museum in the old jail. In 1992, the courthouse was vacated making it available for historic activities.

Topics. This historical marker is listed in this topic list: Notable Buildings. A significant historical month for this entry is May 1853.

Location. 43° 25.197′ N, 88° 10.963′ W. Marker is in West Bend, Wisconsin, in Washington County. Marker is on South 5th Avenue near Chestnut Street, on the right when traveling south. Marker is located in-between the Old Courthouse and Jail. Touch for map. Marker is at or near this postal address: 320 South 5th Avenue, West Bend WI 53095, United States of America. Touch for directions. 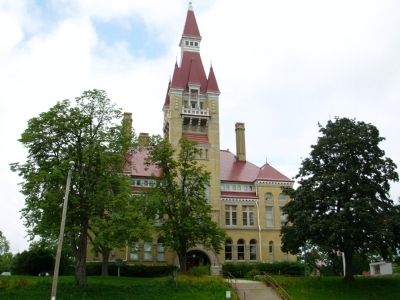 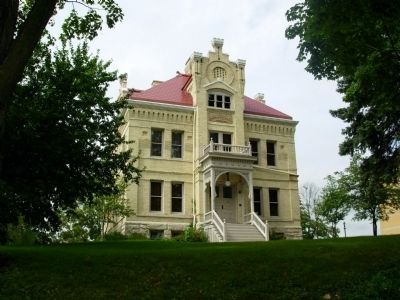