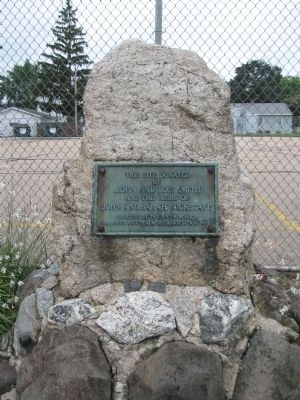 Photographed By Keith L, August 21, 2010
1. Smith–Buckstaff Marker
Inscription.
Smith–Buckstaff. .
This site donated by John and Lois Smith and the heirs of John and Sarah Buckstaff Erected by the Smith School Parents and Teachers Association 1933.. . This historical marker was erected in 1933 by Smith School Parents and Teachers Association. It is in Oshkosh in Winnebago County Wisconsin

This site donated
by
John and Lois Smith
and the heirs of
John and Sarah Buckstaff
Erected by the Smith School
Parents and Teachers Association 1933.

Topics. This historical marker is listed in this topic list: Education. A significant historical year for this entry is 1933. 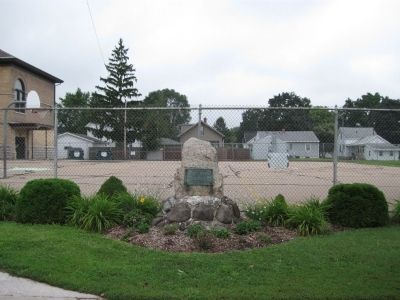 More about this marker. The following is an excerpt from The [Oshkosh] Daily Northwestern July 21, 1933.
"At the special meeting of the Smith School Parent-Teacher association, held Thursday afternoon at the school, it was decided to erect a memorial marker on the school premises.
The marker will be known as the Smith-Buckstaff marker in tribute to the man whose name the school bears and who gave the property on which the school now stands, and in honor of another pioneer, whose heirs-at-law provided the property adjoining the original grounds, to be used as recreational space.
The marker will be placed at the boundary line of the two tracts of land....
The executive committee of the organization will confer with members of the Winnebago County Archeological and Historical society, which is cooperating in securing the marker." 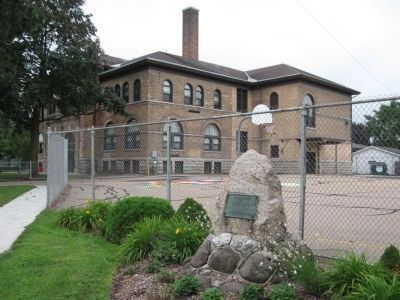