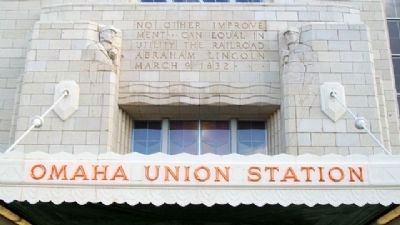 By William Fischer, Jr., April 26, 2010
1. Omaha Union Station Lincoln Quote
Inscription.
Omaha Union Station. . , No other improvement...can , equal in utility the railroad. , Abraham Lincoln , March 9, 1832, Dedicated by the railways of Omaha , to the service, comfort and , convenience of the people . This historical marker was erected in 1931 by Omaha Union Terminal. It is in Omaha in Douglas County Nebraska

No other improvement...can
equal in utility the railroad.
Abraham Lincoln
March 9, 1832

Dedicated by the railways of Omaha
to the service, comfort and
convenience of the people

Topics and series. This historical marker is listed in these topic lists: Industry & Commerce • Railroads & Streetcars. In addition, it is included in the Art Deco, and the Former U.S. Presidents: #16 Abraham Lincoln series lists. A significant historical month for this entry is March 2007. 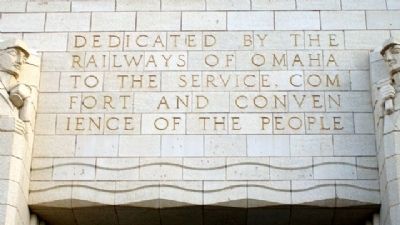 More about this marker. The station is now home to the Durham Museum.

The Union Passenger Terminal was designed by Gilbert Stanley Underwood of Los Angeles, CA, and completed in 1931.

The terminal is of steel frame construction on reinforced concrete piling. The exterior gives a massive appearance and is built of cream-colored, glazed terra cotta. Over the doors of the north main entrance are sculptured figures of a brakeman
and locomotive engineer; over the l0th Street entrance are figures of a civil engineer and railroad mechanic.

The Union Pacific Terminal is three stories and was constructed at a cost of $1,250,000. The main facade faces north where entrance is gained from a recently rehabilitated parking structure. The entry is recessed and surrounded by Art Deco ornamentation. To the rear of the structure is an enclosed copper stairway that once 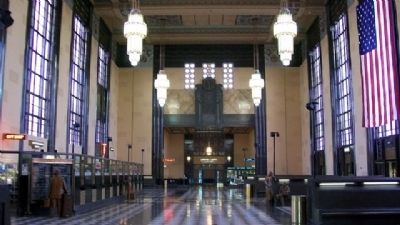 This building was constructed in the Art Deco architectural style which is extremely rare for Omaha. The Union Pacific Terminal is the best example of Art Deco style architecture in Omaha and it has been noted as one of the finest in the United States.


The Art Deco detailing is evident through the angular characteristics of the ornamentation. The building was
built with strong angles and massive height. Diamonds and rectangular shapes ornament the entire building, including the exterior light fixtures. Connected to the terminal underneath the viaduct, a concrete block building was later built to be used as storage facilities. Another addition to the east of the main terminal is a heating plant with a smokestack. This addition is covered with a clay tile roof. 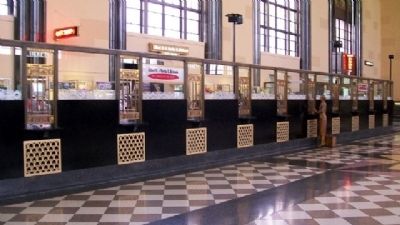 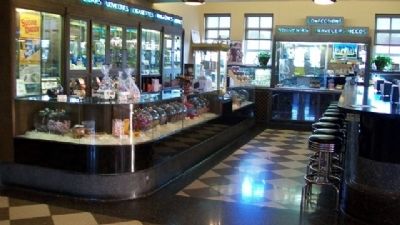 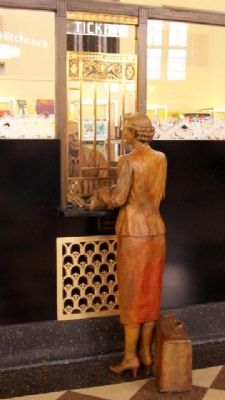 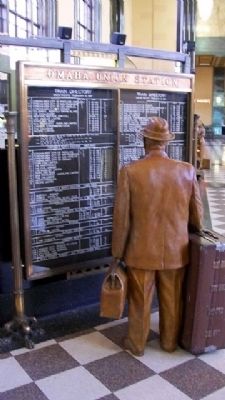 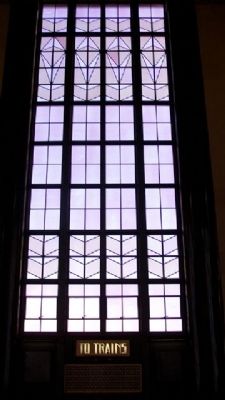 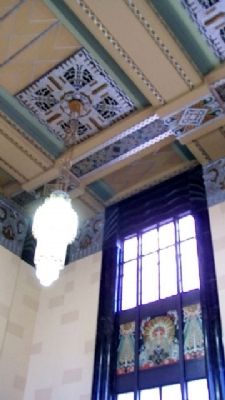 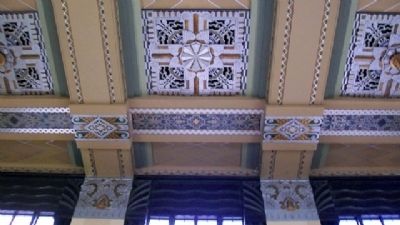 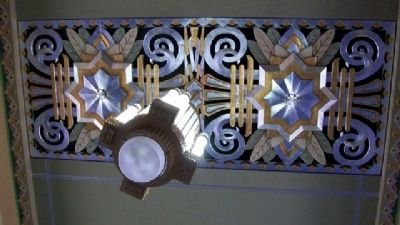 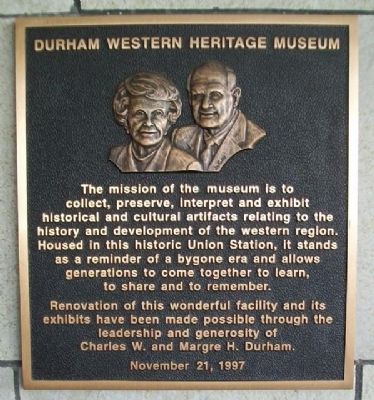 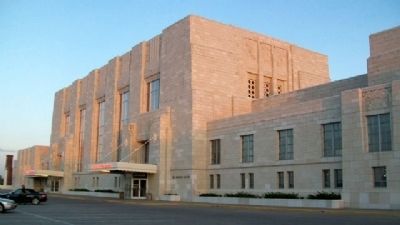