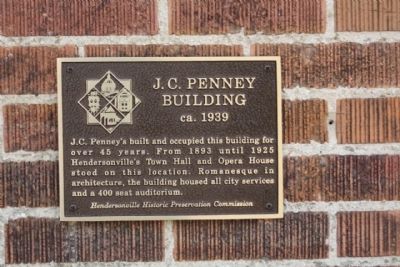 J.C.Penny's built and occupied this building for over 45 years. From 1893 until 1925 Hendersonville's Town Hall and Opera house stood on this location. Romanesque in architure, the building housed all city services and a 400 seat auditorium.