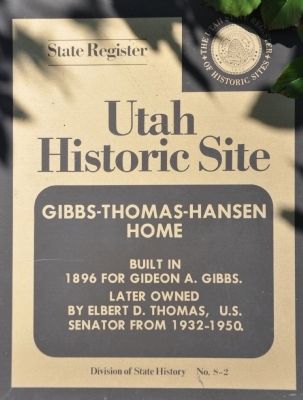 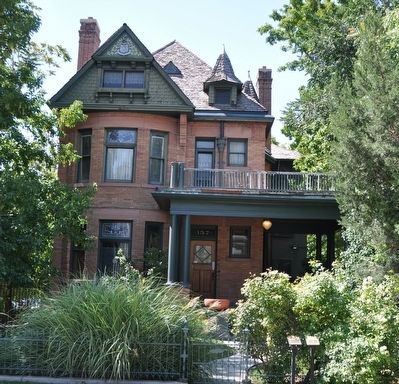 By Bryan R. Bauer, August 31, 2010
2. Gibbs-Thomas-Hansen Home
This marker and the "Nearby" companion marker are visible in the lower right hand corner.
The foliage is so dense that this is the only portion of the house that is visible.

Click or scan to see
this page online
This home is also on the National Register of Historic Places. 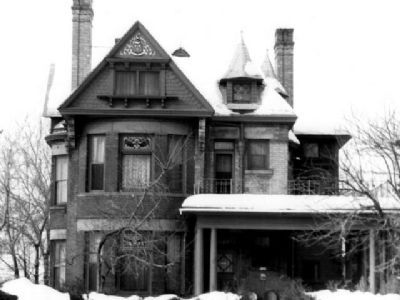