Site of the First Permanent Jewish House of Worship in Utah 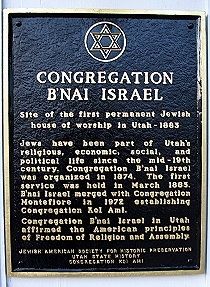 Jews have been part of Utah’s religious, economic, social, and political life since the mid-19th century. Congregation B’Nai Israel was organized in 1874. The first service was held in March, 1883. B’Nai Israel merged with Congregation Montefiore in 1972 establishing Congregation Kol Ami.

Topics and series. This historical marker is listed in this topic list: Churches & Religion. In addition, it is included in the Jewish American Society for Historic Preservation Markers series list. A significant historical month for this entry is March 1883. 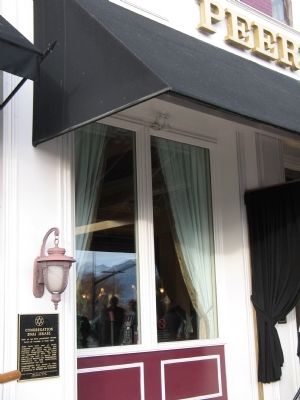 More about this marker. The marker is located at the historic Peery Hotel. The Peery was built in 1910 on the site of the earlier Congregation B'Nai Israel. The Congregation had relocated to 249 South 400 East Streets in Salt Lake City in 1889. The new house of worship was a scaled reproduction of the "Great Synagogue" in Berlin, Germany.

Regarding Congregation B'Nai Israel. Jews are reputed to have been amongst the "Mountain Men" accompanying famed explorer Jim Bridger in the early 19th century. Julius and Fanny Brooks were the first documentable Jewish Americans, 1855, who made Utah their home. A chance meeting with a U.S. Army Captain in Galena, Ohio recommended they move west for opportunities. The Captain was Ulysses S. Grant, later president of the United States. It was not until 1874 that the Jewish community in Salt Lake City grew large enough to establish a regular, sustainable Jewish religious community.

Related markers. Click here for a list of markers that are related to this marker. Congregation B’Nai Israel in Utah markers. 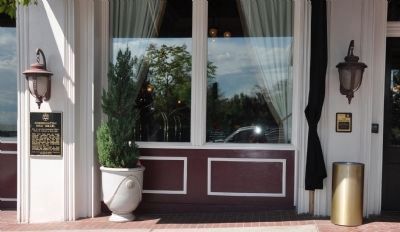 Photographed By Bryan R. Bauer, August 27, 2010
3. Congregation B'Nai Israel Marker and the Peery Hotel Marker
Jewish American Society for Historic Preservation is a non-profit, volunteer organization. The purpose of the Society is to identify and recognize sites of American Jewish Historical interest. The Society sponsors and promotes programs of local and national historic interest. Cooperating with local Historical Societies, Communities, Churches and Synagogues, the Society encourages dialogue and interactive recognition of the commonality of the American Experience. (Submitted on January 26, 2010, by Jerry Klinger of Boynton Beach, Florida.)