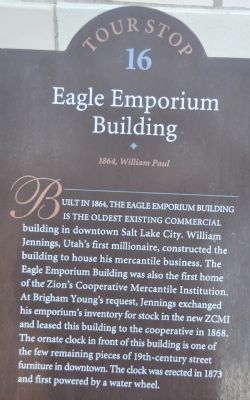 Built in 1864, the Eagle Emporium Building is the oldest existing commercial building in downtown Salt Lake City. William Jennings, Utah's first millionaire, constructed the building to house his mercantile business. The Eagle Emporium Building was also the first home of the Zion's Cooperative Mercantile Institution. At Brigham Young's request, Jennings exchanged his emporium's inventory for stock in the new ZCMI and leased this building to the cooperative in 1868. The ornate clock in front of this building is one of the few remaining pieces of 19th-century street furniture in downtown. The clock was erected in 1873 and first powered by a water wheel.

Topics and series. This historical marker is listed in this topic list: Notable Buildings. In addition, it is included in the Utah, Salt Lake City Downtown Walking Tour series list. A significant historical year for this entry is 1864. 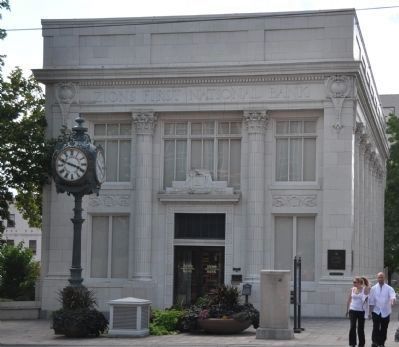 Photographed By Bryan R. Bauer, August 27, 2010
2. The Building Now Houses a Branch of Zion's First National Bank
Note the post clock that is mentioned in the marker inscription.

Click or scan to see
this page online
of Main Street and 100 South, on the right when traveling south on Main Street. Touch for map. Marker is at or near this postal address: 102 South Main Street, Salt Lake City UT 84101, United States of America. Touch for directions.

More about this marker. This location is Tour Stop 16 on the Utah Heritage Foundation Downtown Walking Tour. 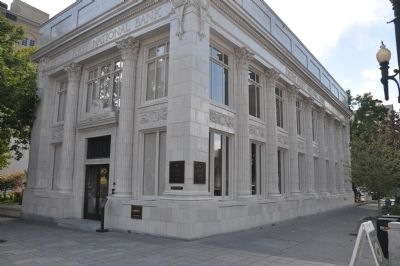 Photographed By Bryan R. Bauer, August 27, 2010
3. The Building from the Intersection of 100 South Street and Main Street 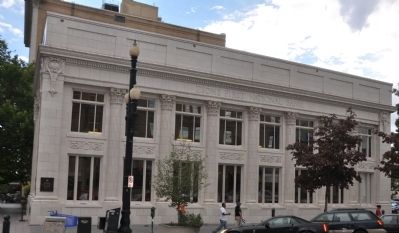