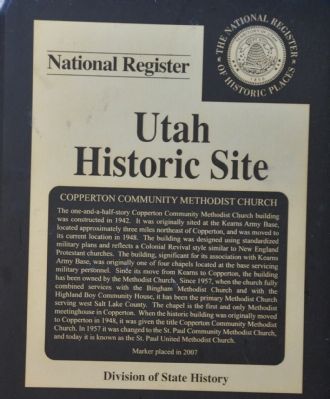 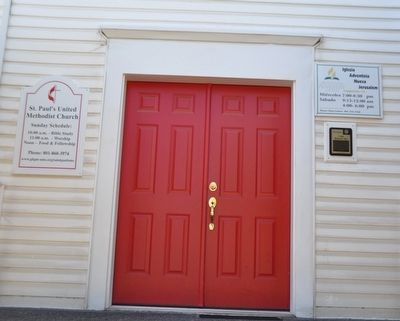 By Bryan R. Bauer, September 3, 2010
2. Church Entrance
Marker is visible to the right of the entrance door.
Church.

Regarding Copperton Community Methodist Church. This building was a former Army chapel during World War II on nearby Kearns Army Base. It is listed on the National Register of Historic Places. 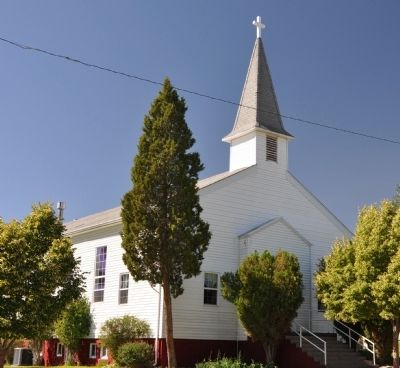 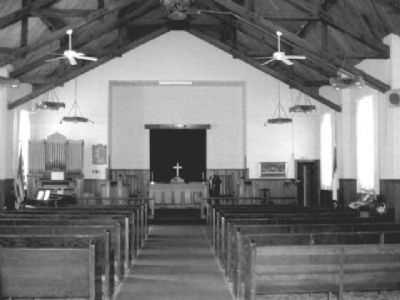