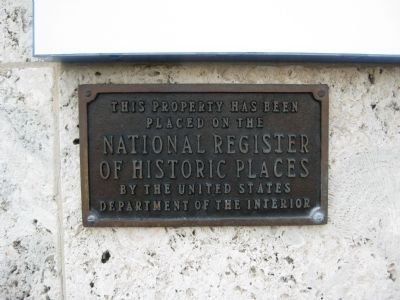 This Property Has Been
Placed On The
National Register
Of Historic Places
By The United States
Department of the Interior
(Marker Number 88000974.)

Topics and series. This historical marker is listed in this topic list: Notable Buildings. In addition, it is included in the Postal Mail and Philately 📭 series list. 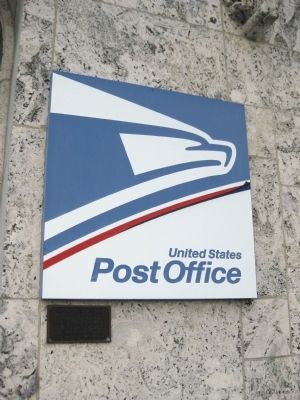 Click or scan to see
this page online
(approx. 0.3 miles away); Jackie Robinson Memorial (approx. 0.4 miles away). Touch for a list and map of all markers in Daytona Beach.

More about this marker. The NRHP marker is mounted on the front of the building, just to the right of the main entrance on the north end of the building.

Regarding United States Post Office. The U.S. Post Office building in downtown Daytona Beach was built in 1932 as a Depression-era work project. The two-story structure was built in Mediterranean revival style, featuring stone from the Florida Keys, arched windows, and cast-iron ornamentation. The building still functions as a post office, and was listed with the National Register of Historic Places on June 30, 1988. 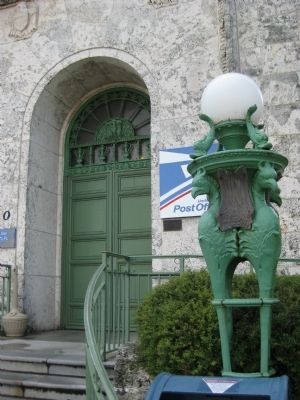 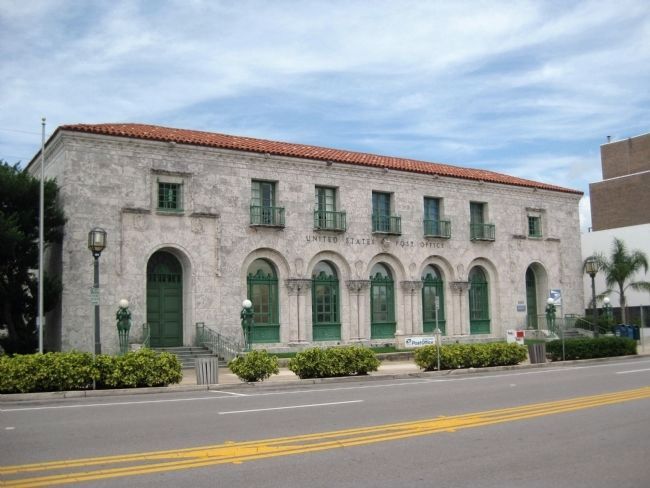