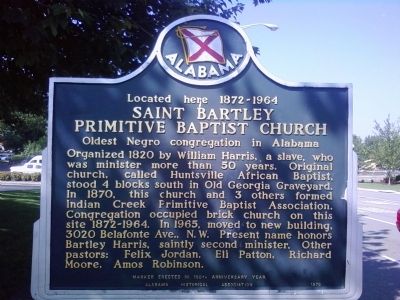 Topics. This historical marker is listed in these topic lists: African Americans • Churches & Religion. A significant historical year for this entry is 1820.

Location. 34° 43.62′ N, 86° 35.116′ W. Marker is in Huntsville, Alabama, in Madison County. Marker is on Williams Avenue east of Gallatin Street, on the right when traveling east. Touch for map. Marker is in this post office area: Huntsville AL 35801, United States of America. Touch for directions. 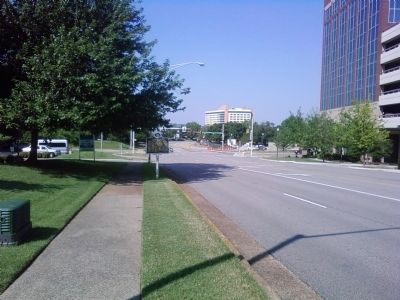