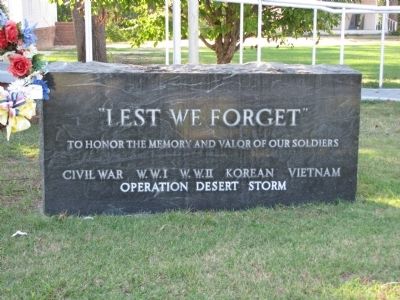 By Lee Hattabaugh, September 30, 2010
1. "Lest We Forget" Marker
Inscription.
"Lest We Forget". .
To honor the memory and valor of our soldiers Civil War W.W.I W.W.II Korean Vietnam Operation Desert Storm. . This historical marker is in Brundidge in Pike County Alabama

To honor the memory and valor of our soldiers

Topics. This historical marker is listed in these topic lists: Military • Patriots & Patriotism.

Other nearby markers. At least 8 other markers are within 10 miles of this marker, measured as the crow flies. City of Brundidge and the Bass House / Brundidge's Peanut Butter Heritage (within shouting distance of this marker); Salem Baptist Church (about 500 feet away, measured in a direct line); Philadelphia Presbyterian Church (approx. 1.3 miles away); Veterans Memorial Bridge - 1921 / Grist Mill - Indian Battle - Recreation (approx. 8.7 miles away); Hobdy's Bridge: Last Indian Battles in Alabama 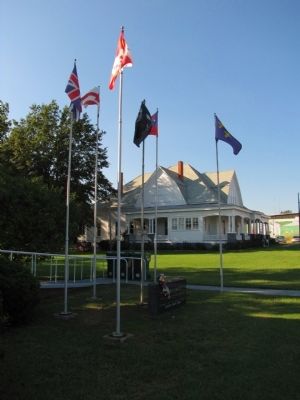 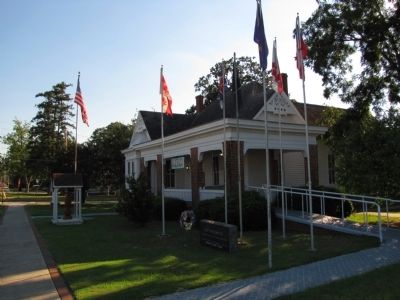