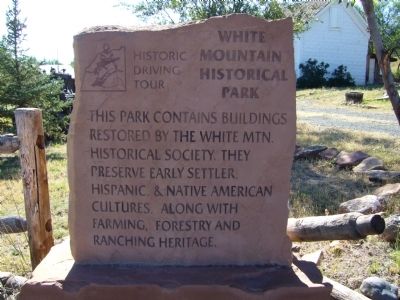 Topics and series. This historical marker is listed in this topic list: Notable Places. In addition, it is included in the Arizona, Pistols, Plows and Petticoats Historic Driving Tour series list. 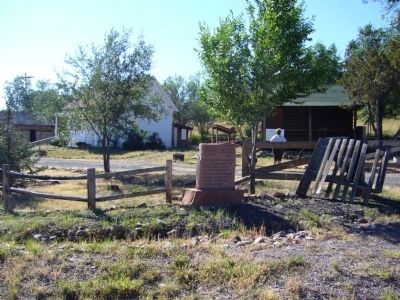 More about this marker. This is Marker Stop #3 on the Pistols, Plows and Petticoats Historic Driving Tour and assembled here by the White Mountain Historical Society are a group of historic buildings and artifacts representing pioneer life in Round Valley. 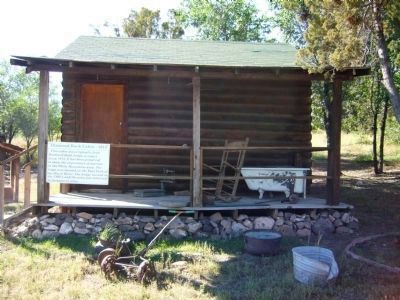 By Bill Kirchner, September 24, 2010
3. Diamond Rock Cabin
An early cabin from the Diamond Rock Lodge which operated on the Black River in the White Mountains during the 1920's, 30's and 40's. These rustic cabins were popular with tourists who came over dirt roads developed by ranchers and merchants. 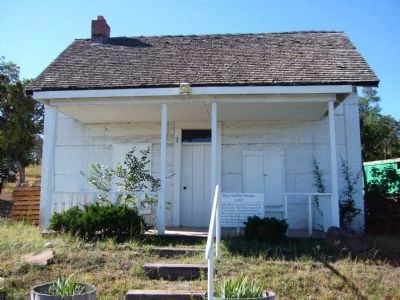 By Bill Kirchner, September 24, 2010
4. Saffel Home
A tin-sided log and adobe house which was home to Springerville hotel and saloonkeeper Sam Saffell and his family. 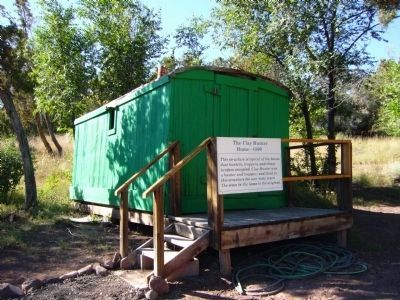 By Bill Kirchner, September 24, 2010
5. Clay Hunter Home
A sheepherder's camp wagon which was home for sixty years to mountain man Clay Hunter. This type of wagon was used in the White Mountains by sheep ranchers, hunters and trappers. 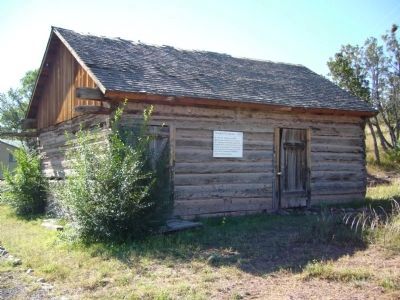 By Bill Kirchner, September 24, 2010
6. Becker Granary
This building was next to the Becker Brothers store beside the Little Colorado River. It housed one-hundred pound sacks of grain to be sold to local farmers or taken in payment from them for items purchased in the general merchandise store. 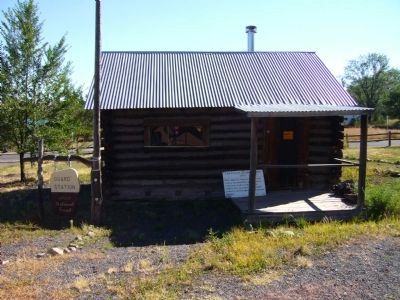 By Bill Kirchner, September 24, 2010
7. U.S. Forest Service Ranger Station
This early day US Forest Service ranger station was relocated from Pat Knoll in the mountains in 1998. Its original stone chimney still stands at its original site. The cabin dates from 1913 and has one-foot thick log walls. The resident ranger made $50 a month.
Credits. This page was last revised on June 16, 2016. It was originally submitted on October 5, 2010, by Bill Kirchner of Tucson, Arizona. This page has been viewed 1,457 times since then and 24 times this year. Photos:   1, 2, 3, 4, 5, 6, 7. submitted on October 5, 2010, by Bill Kirchner of Tucson, Arizona. • Syd Whittle was the editor who published this page.
Share This Page.