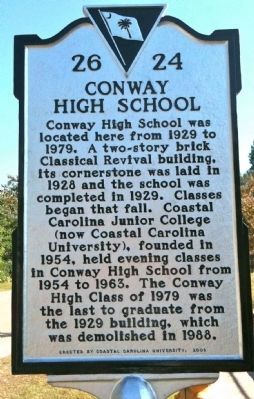 Conway High School was located here from 1929 to 1979. A two-story brick Classical Revival building, its cornerstone was laid in 1928 and the building was completed in 1929. Classes began that fall. Coastal Carolina Junior College (now Coastal Carolina University), founded in 1954, held evening classes in Conway High School from 1954 to 1963. The Conway High Class of 1979 was the last to graduate from the 1929 building, which was demolished in 1988.

Topics. This historical marker is listed in this topic list: Education. A significant historical year for this entry is 1929. 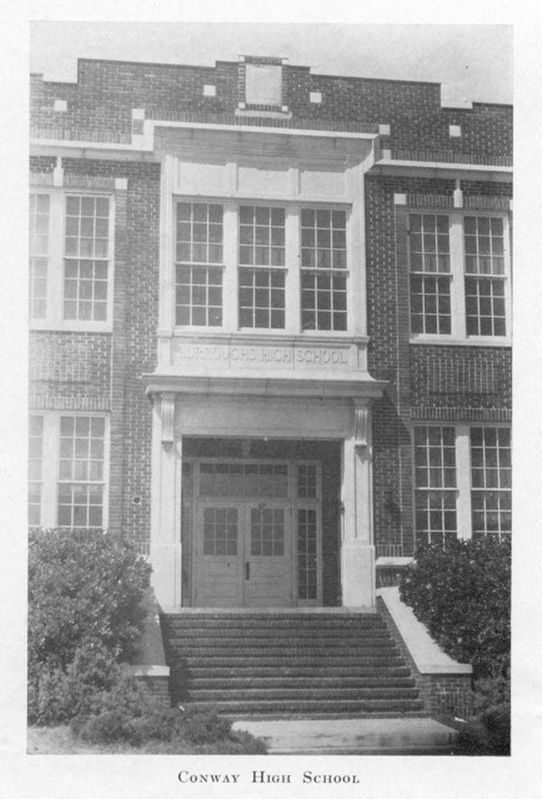 Additional commentary.
1. Burroughs High School.
It is unclear when/why the school name changed. To be "true" to history - the marker should have said at least (Burroughs High School)
— Submitted January 31, 2018, by Charles Keller of Myrtle Beach, South Carolina. 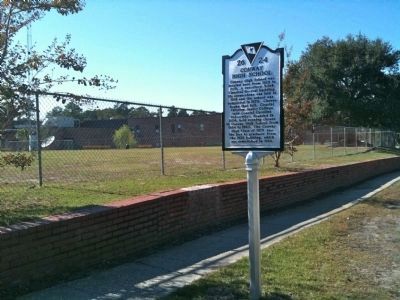 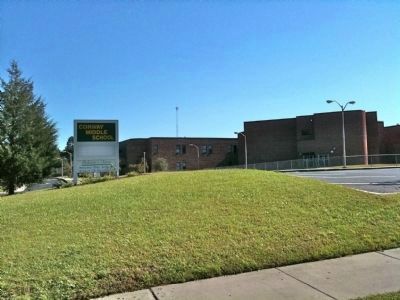 Editor’s want-list for this marker. Historical photographs of Conway High School. • Can you help?
Share this page.