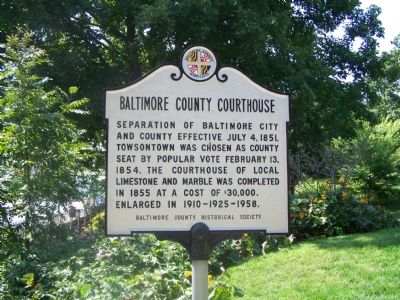 Location. 39° 24.014′ N, 76° 36.329′ W. Marker is in Towson, Maryland, in Baltimore County. Marker is on Washington Avenue 0.1 miles south of Pennsylvania Avenue, on the right when traveling south. Touch for map. Marker is in this post office area: Towson MD 21204, United States of America. Touch for directions.

Other nearby markers. At least 8 other markers are within walking distance of this marker. Hometown Hero (here, next to this marker); Abisado (a few steps from this marker); Vietnam Veterans Memorial (about 300 feet away, measured in a direct line); a different marker also named Baltimore County Courthouse 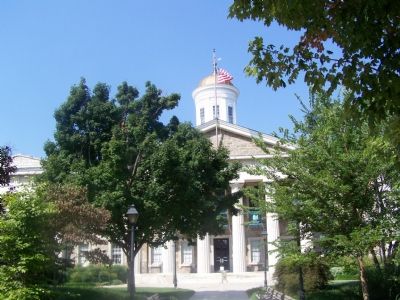 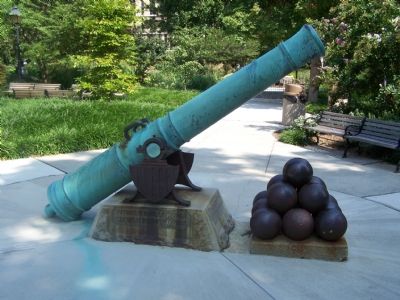 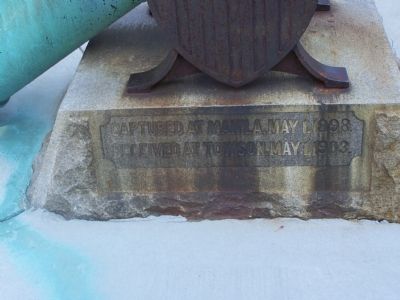