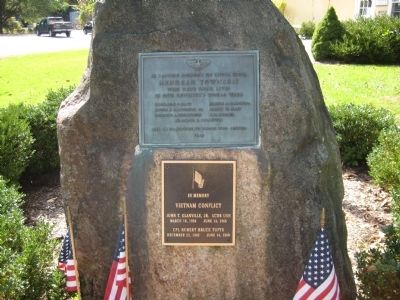 (upper plaque)
In lasting memory of those from Mendham Township who gave their lives in our country's world wars.
Richard I. East • Hugh P. Easteurn III • Robert A. Ferguson • Frank A. Karwell • James W. Maw • J.H. Miller • Francis L. Winston
And in gratitude to those who served.

Other nearby markers. At least 8 other markers are within 3 miles of this marker, measured as the crow flies. Brookside Historic District (about 300 feet away, measured in a direct line); Bockoven Farm (approx. 0.4 miles away); Rockaway Valley Railroad 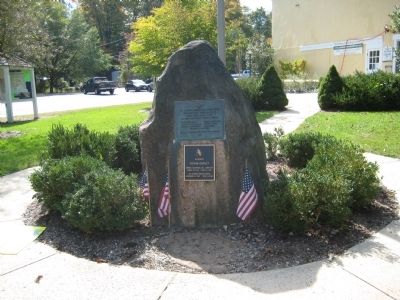