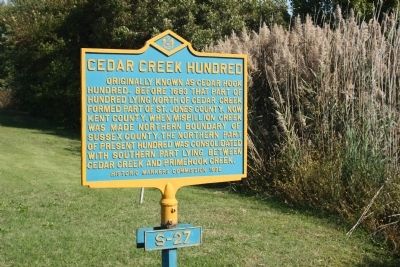 Originally known as Cedar Hook Hundred. Before 1683 that part of hundred lying north of Cedar Creek formed part of St. Jones County, now Kent County. When Mispillion Creek was made northern boundary of Sussex County, the northern part of present hundred was consolidated with southern part lying between Cedar Creek and Primehook Creek.

Topics and series. This historical marker is listed in this topic list: Settlements & Settlers. In addition, it is included in the Delaware Public Archives series list. A significant historical year for this entry is 1683.

Other nearby markers. At least 8 other markers are within 4 miles of this marker, measured as the crow flies. Zion United Methodist Church (approx. 1.4 miles away); Mansion Farmer: the David Robbins Homestead 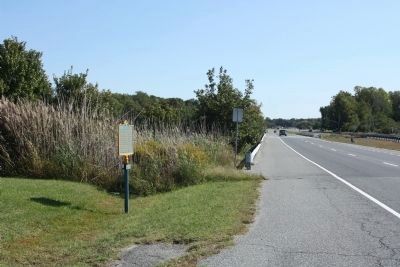