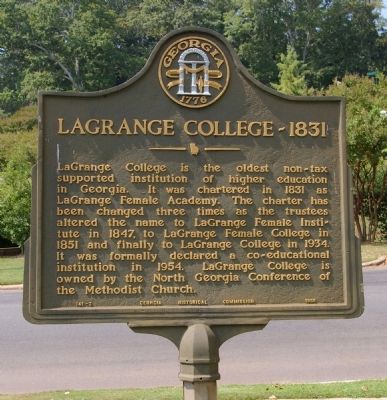 Topics and series. This historical marker is listed in this topic list: Education. In addition, it is included in the Georgia Historical Society series list.

Location. 33° 2.264′ N, 85° 2.69′ W. Marker is in LaGrange, Georgia, in Troup County. Marker is at the intersection of Vernon Street (U.S. 29) and Forrest Avenue, on the right when traveling west on Vernon Street. Touch for map. Marker is in this post office area: Lagrange GA 30240, United States of America. Touch for directions.

Other nearby markers. At least 8 other markers are within walking distance of this marker. A different marker also named LaGrange College – 1831 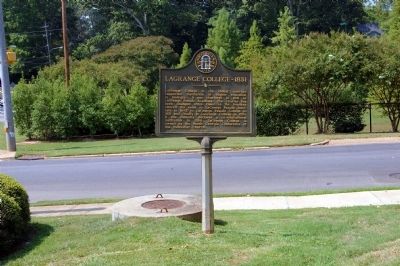 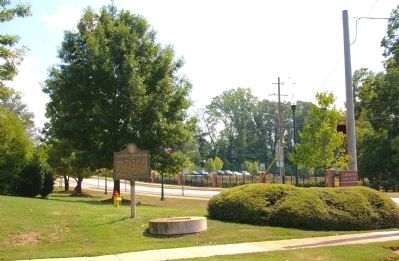 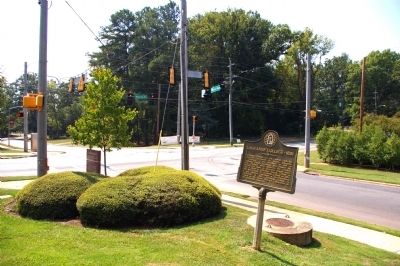 By David Seibert, September 18, 2010
4. LaGrange College – 1831 Marker
Looking at the intersection of Broad Street (US 29) on the left and Forrest Avenue on the right 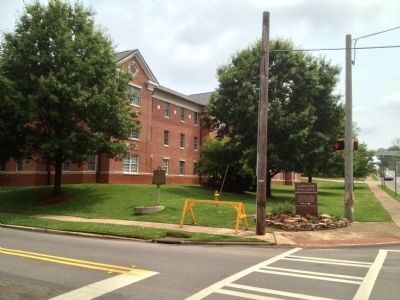