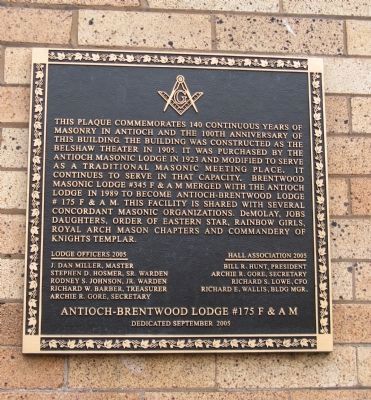 This plaque commemorates 140 continuous years of Masonry in Antioch and the 100th anniversary of this building. The building was constructed as the Belshaw Theater in 1905. It was purchased by the Antioch Masonic Lodge in 1923 and modified to serve as a traditional Masonic meeting place. It continues to serve in that capacity. Brentwood Masonic Lodge #345 F & A M merged with the Antioch Lodge in 1989 to become Antioch-Brentwood Lodge #175 F & A M. This facility is shared with several concordant Masonic organizations. DeMolay, Jobs Daughters, Order of Eastern Star, Rainbow Girls, Royal Arch Mason Chapters and Commandery of Knights Templar.

Topics. This historical marker is listed in this topic list: Fraternal or Sororal Organizations 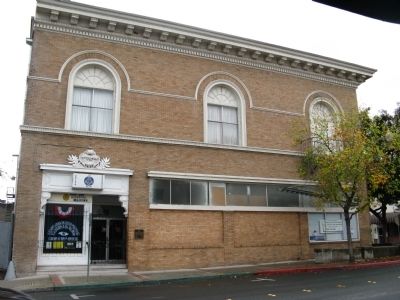 Photographed By Syd Whittle, October 30, 2010
2. The Masonic Building and Marker
Entrance to the building on West 2nd Street.

Click or scan to see
this page online
. A significant historical year for this entry is 1905. 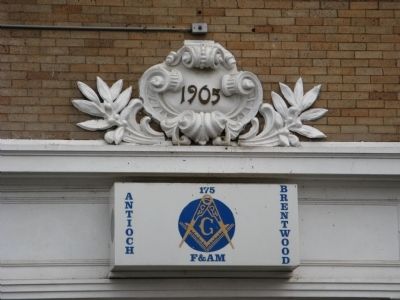 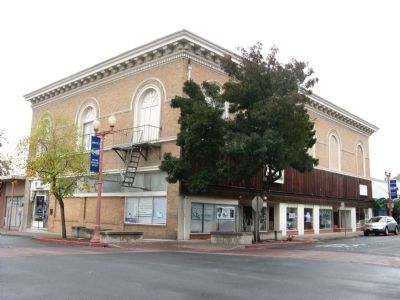 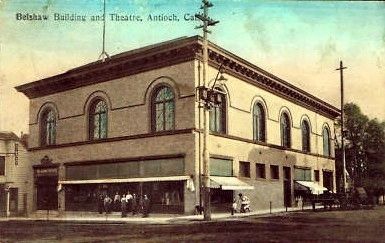