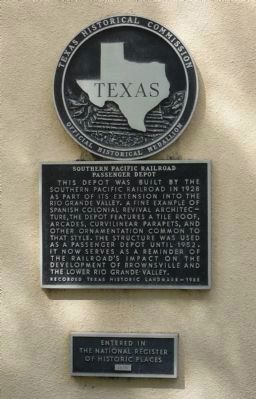 This depot was built by the Southern Pacific Railroad in 1928 as part of its extension into the Rio Grande Valley. A fine example of Spanish colonial revival architecture, the depot features a tile roof, arcades, curvilinear parapets, and other ornamentation common to that style. The structure was used as a passenger depot until 1952. It now serves as a reminder of the railroad’s impact on the development of Brownsville and the lower Rio Grande Valley.
Recorded Texas Historic Landmark - 1985
Entered in the National Register of Historic Places, 1978 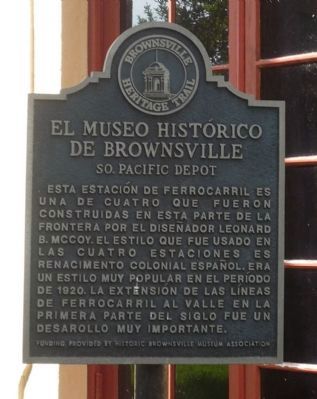 Topics and series. This historical marker is listed in these topic lists: Landmarks • Notable Buildings • Railroads & Streetcars. In addition, it is included in the Southern Pacific Railroad series list. A significant historical year for this entry is 1928. 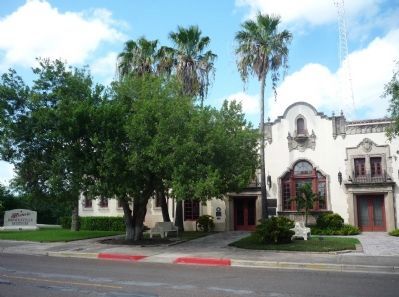 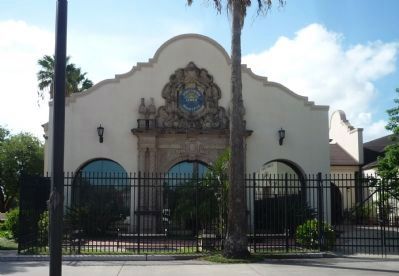 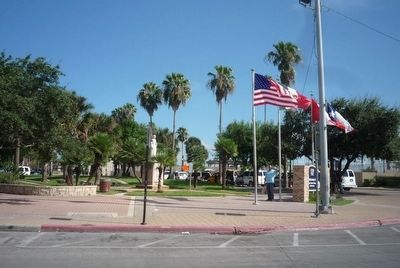