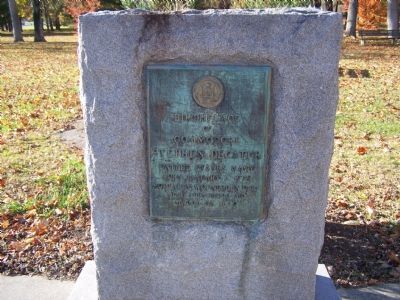 Topics. This historical marker is listed in this topic list: War of 1812. A significant historical month for this entry is January 1701. 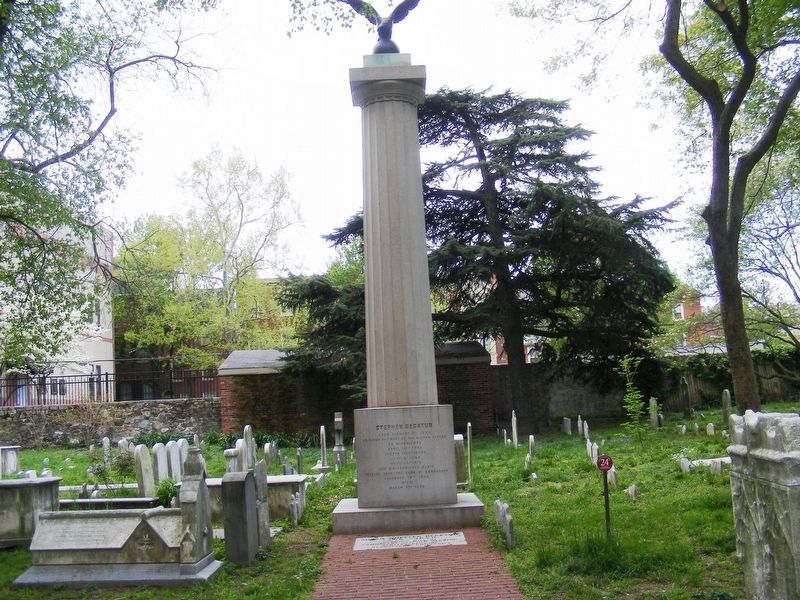 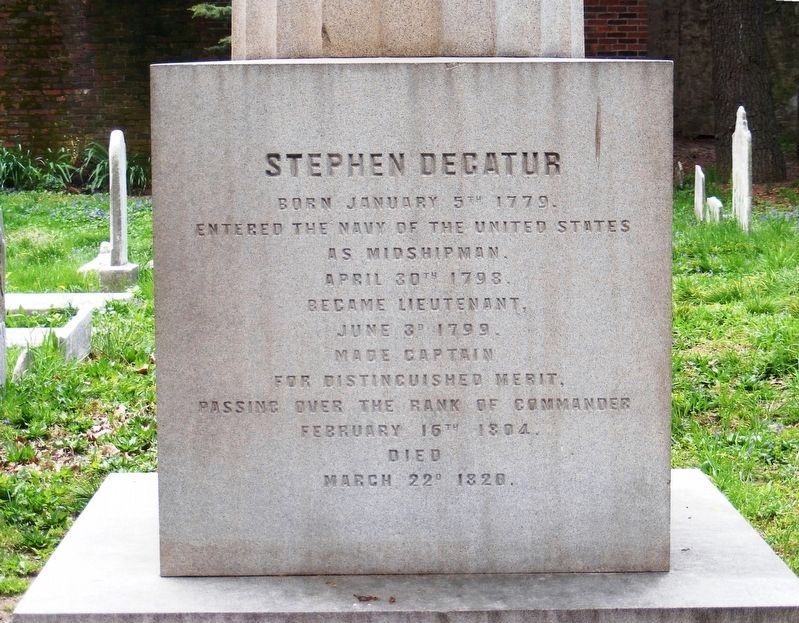 By Don Morfe, April 26, 2011
3. Commodore Stephen Decatur Grave Marker-close up of the base 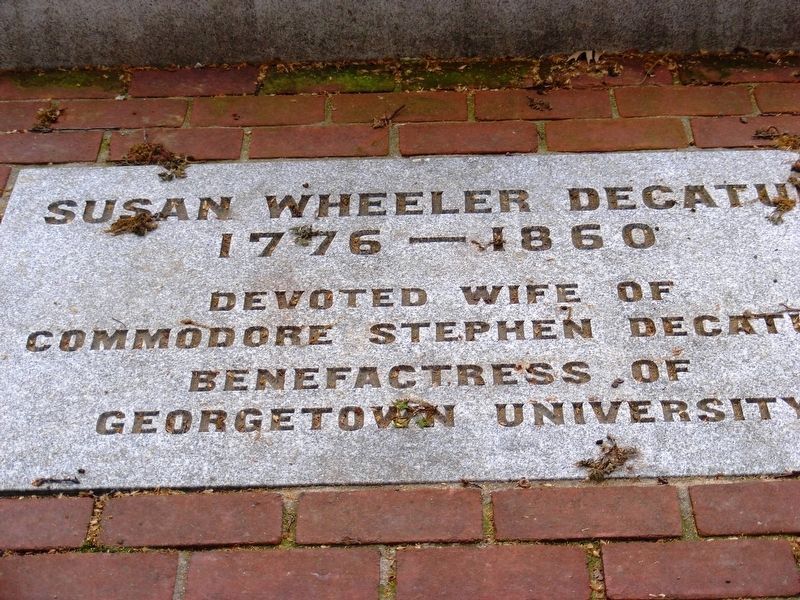 By Don Morfe, April 26, 2011
4. Wife of Commodore Stephen Decatur-Grave Marker
This marker is at the base of the Commodore's large monument. 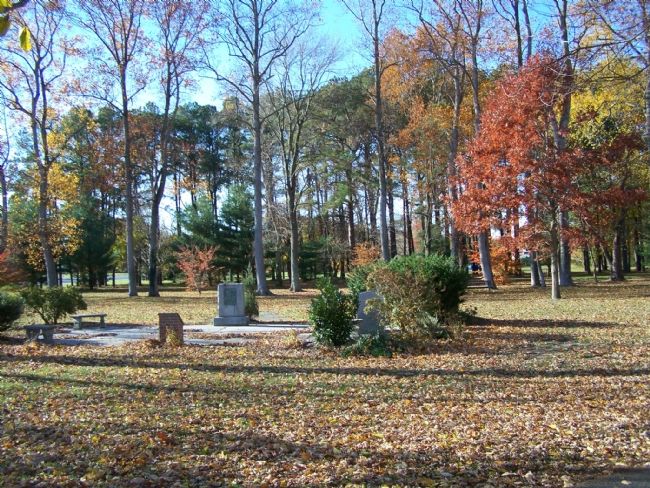 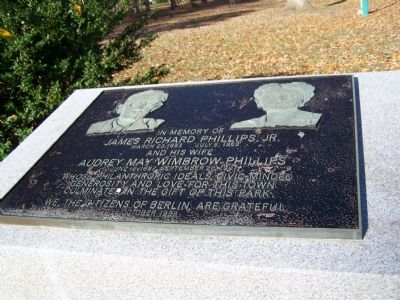