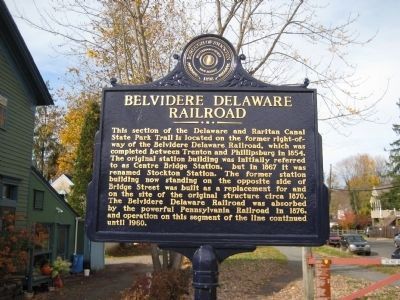 This section of the Delaware and Raritan Canal State Park Trail is located on the former right-of-way of the Belvidere Delaware Railroad, which was completed between Trenton and Phillipsburg in 1854. The original station building was initially referred to as Centre Bridge Station, but in 1867 it was renamed Stockton Station. The former station building now standing on the opposite side of Bridge Street was built as a replacement for and on the site of the original structure circa 1870. The Belvidere Delaware Railroad was absorbed by the powerful Pennsylvania Railroad in 1876, and operation on this segment of the line continued until 1960.

Erected by Borough of Stockton.

Topics. This historical marker is listed in this topic list: Railroads & Streetcars. A significant historical year for this entry is 1854.

Location. 40° 24.325′ N, 74° 58.674′ W. Marker is in Stockton, New Jersey, in Hunterdon County. Marker is at the intersection of Bridge Street and Railroad Avenue, on the right when traveling west on Bridge Street. Touch for map. Marker is in this post office area: Stockton NJ 08559, United States of America. Touch for directions. 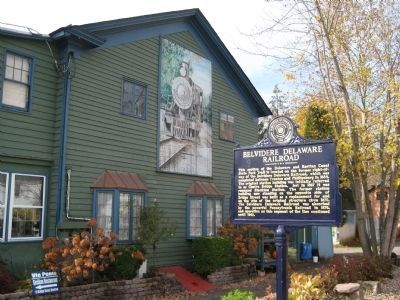 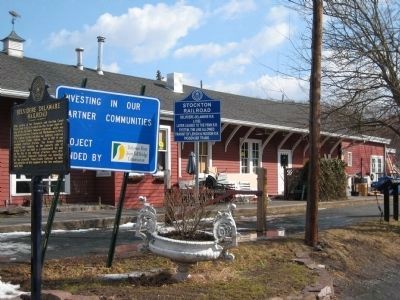 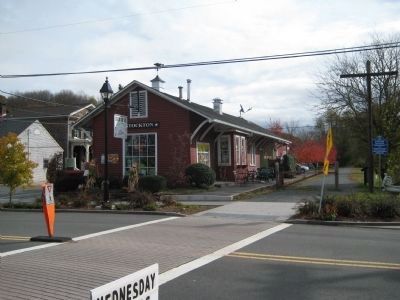