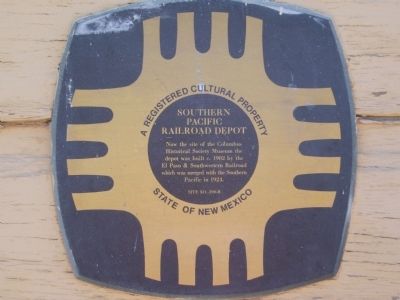 Now the site of the Columbus Historical Society Museum the depot was built c. 1902 by the El Paso & Southwestern Railroad which was merged with the Southern Pacific in 1924.

Topics and series. This historical marker is listed in these topic lists: Railroads & Streetcars • Settlements & Settlers. In addition, it is included in the National Historic Landmarks, and the Southern Pacific Railroad series lists.

Other nearby markers. At least 8 other markers are within 6 kilometers of this marker, measured as the crow flies. In Memory of Citizens Killed / In Memory of Thirteenth Cavalry (within shouting distance of this marker); Pancho Villa State Park (about 700 feet away, measured in a direct line); Last Hostile Action by Foreign Troops 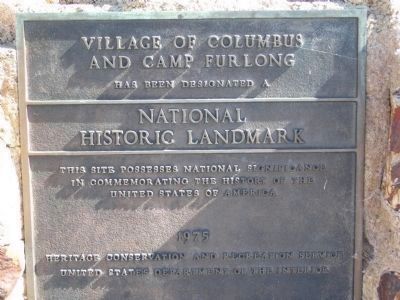 Also see . . .  El Paso and Southwestern Railroad Company. It began as a 36-mile long railroad from the Copper Queen Mine in Bisbee, Arizona to a connection with the Santa Fe’s Arizona & New Mexico Railroad located at Fairbank, Arizona. (Submitted on November 14, 2010.) 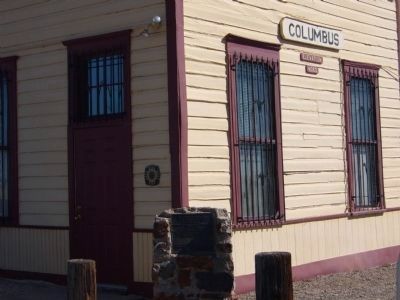 By Bill Kirchner, November 3, 2010
3. Southern Pacific Railroad Depot Marker
Marker is mounted on corner of building and the National Historic Landmark plaque is located on the base below this marker. 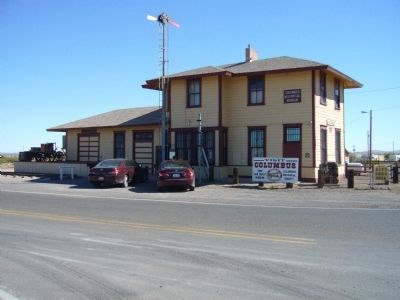 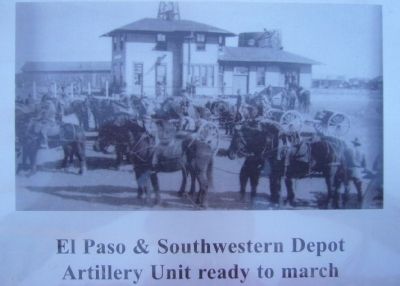