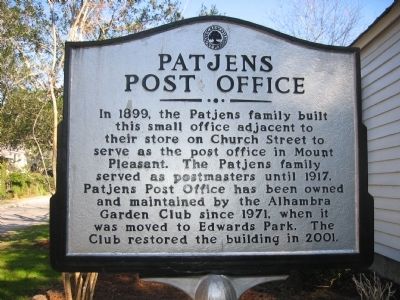 In 1899, the Patjens family built this small office adjacent to their store on Church Street, to serve as the post office in Mount Pleasant. The Patjens family served as postmasters until 1917. Patjens Post Office has been owned and maintained by the Alhambra Garden Club since 1971, when it was moved to Edwards Park. The club restored the building in 2001.

Topics and series. This historical marker is listed in this topic list: Notable Buildings. In addition, it is included in the Postal Mail and Philately series list. A significant historical year for this entry is 1899. 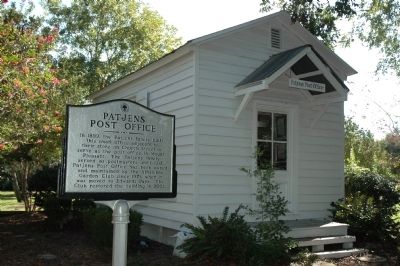 Click or scan to see
this page online
"Storm of the Century" (about 400 feet away); Friendship A.M.E. Church (about 500 feet away); The Old Village (about 600 feet away); Laing School (about 700 feet away). Touch for a list and map of all markers in Mount Pleasant. 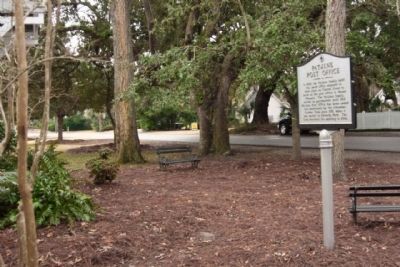