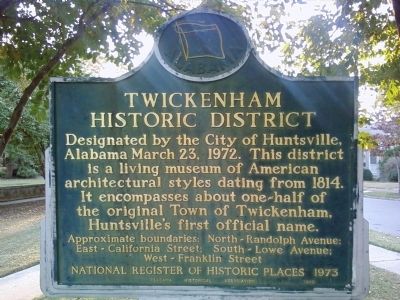 Designated by the City of Huntsville, Alabama March 23, 1972. This district is a living museum of American architectural styles dating from 1814. It encompasses about one~half of the original Town of Twickenham, Huntsville's first official name.

Topics. This historical marker is listed in this topic list: Settlements & Settlers. A significant historical date for this entry is March 23, 1803.

Other nearby markers. At least 8 other markers are within walking distance of this marker. Site of Green Academy (about 500 feet away, measured in a direct line); Huntsville Female Seminary 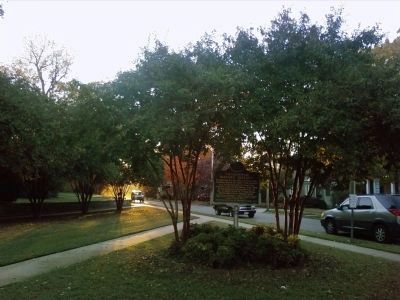 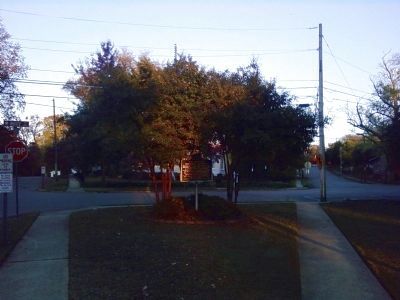