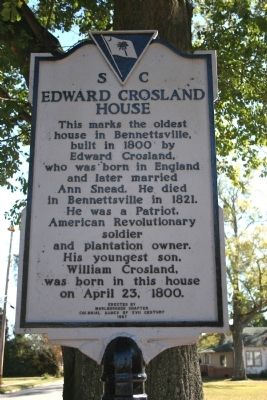 This marks the oldest house in Bennettsville, built in 1800 by Edward Crosland, who was born in England and later married Ann Snead. He died in Bennettsville in 1821. He was a Patriot, American Revolutionary Soldier and Plantation Owner. His youngest son, William Crosland, was born in this house on April 23, 1800.

Topics and series. This historical marker is listed in this topic list: Notable Buildings. In addition, it is included in the The Colonial Dames XVII Century, National Society series list. A significant historical month for this entry is April 1908. 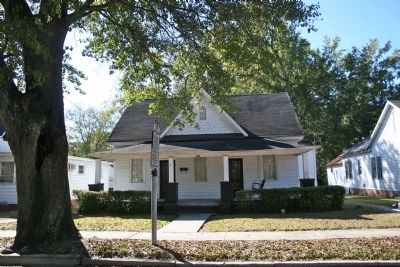