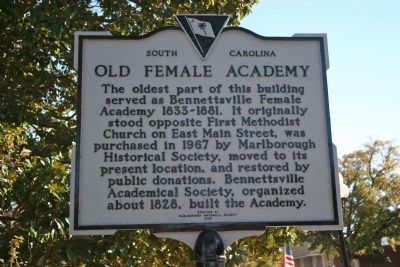 The oldest part of this building served as Bennettsville Female Academy 1833-1881. It originally stood opposite First Methodist Church on East Main Street, was purchased in 1967 by Marlborough Historical Society, moved to its present location, and restored by public donations. Bennettsville Academical Society, organized about 1828, built the Academy.

Topics. This historical marker is listed in this topic list: Education. A significant historical year for this entry is 1967. 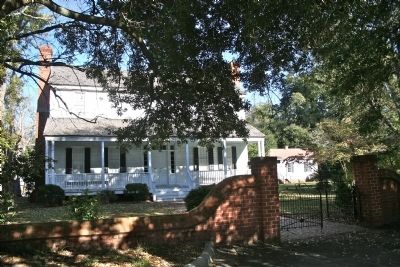