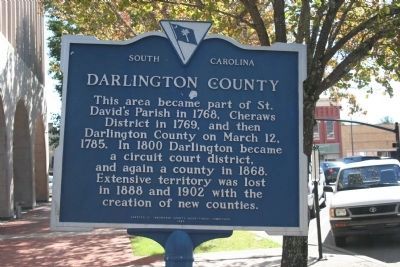 Darlington County
This area become part of St. David's Parish in 1768, Cheraws District in 1769, and then Darlington County on March 12, 1785. In 1800 Darlington became a circuit court district, and again a county in 1868. Extensive territory was lost in 1888 and 1902 with the creation of new counties.

Darlington County Courthouse
The first courthouse at this site was destroyed by fire March 19, 1806. A later building, thought to have been designed by architect Robert Mills, burned in 1866 and in 1873 was rebuilt. The subsequent courthouse, built 1903-1904, was in use until 1964 when the present structure was completed.

Topics. This historical marker is listed in this topic list: Government & Politics. A significant historical month for this entry is March 1837. 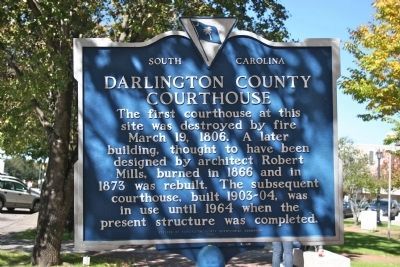 Click or scan to see
this page online
Streets. Touch for map. Marker is in this post office area: Darlington SC 29532, United States of America. Touch for directions. 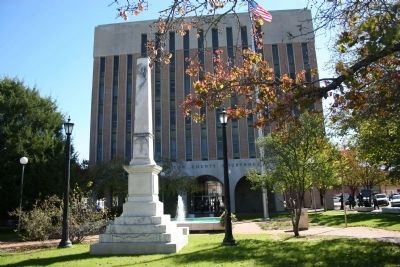 Photographed By Cindy Bullard, November 10, 2010
3. Darlington County Courthouse
Marker is in the shadows on the right. 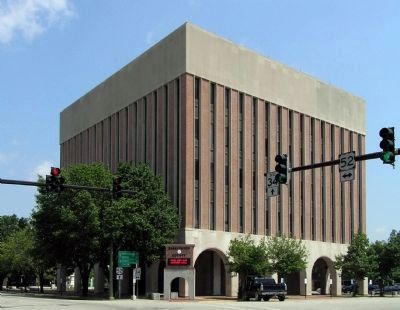 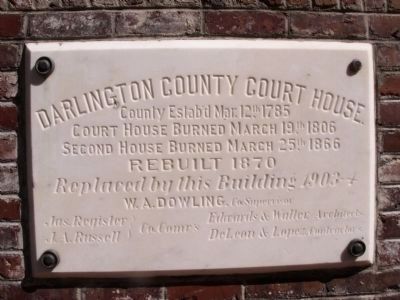 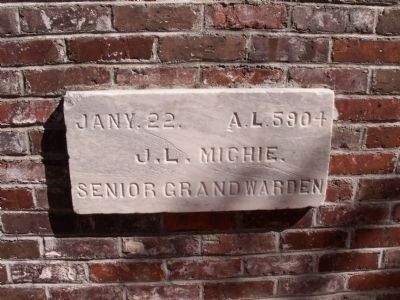 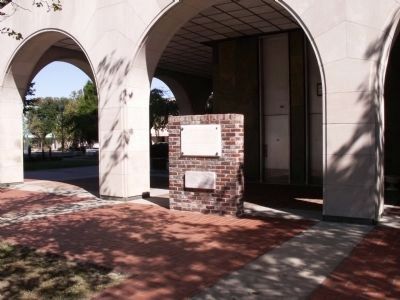