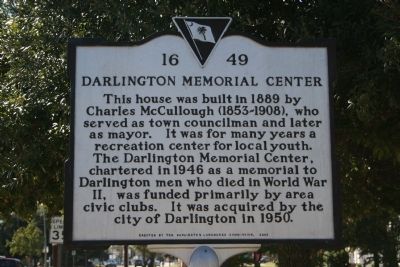 This house was built in 1889 by Charles McCullough (1853-1908), who served as town councilman and later as mayor. It was for many years a recreation center for local youth. The Darlington Memorial Center, chartered in 1946 as a memorial to Darlington men who died in World War II, was funded primarily by area civic clubs. It was acquired by the city of Darlington in 1950.

Topics. This historical marker is listed in this topic list: Notable Buildings. A significant historical year for this entry is 1889. 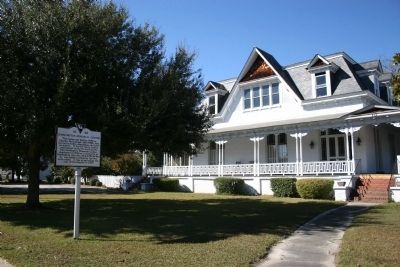