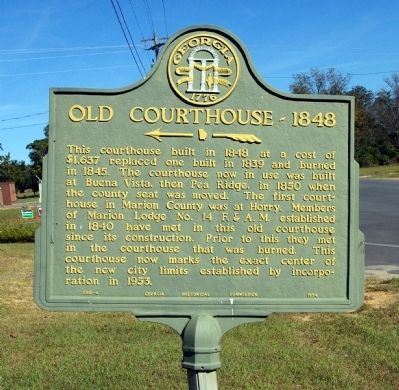 Photographed By David Seibert, October 30, 2010
1. Old Courthouse – 1848 Marker
Inscription.
Old Courthouse – 1848. <------<<<<. , This courthouse built in 1848 at a cost of $1,637 replaced one built in 1839 and was burned in 1845. The courthouse now in use was built at Buena Vista, then Pea Ridge, in 1850 when the county seat was moved. The first courthouse in Marion County was at Horry. Members of Marion Lodge No. 14 F. and A.M. established in 1840 have met in this old courthouse since its construction. Prior to this they met in the courthouse that was burned. This courthouse now marks the exact center of the new city limits established by incorporation in 1953. . This historical marker was erected in 1954 by Georgia Historical Commission. It is in Tazewell in Marion County Georgia

Topics and series. This historical marker is listed in this topic list: Government & Politics. In addition, it is included in the Georgia Historical Society series list. A significant historical year for this entry is 1848. 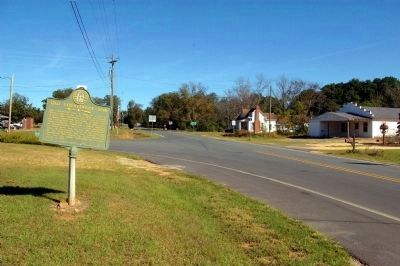 Click or scan to see
this page online
Dr. Deryl Hart Road. The marker stand in front of the old courthouse, which is now the Post Office for Tazewell, and continues to serve as the Marion Masonic Lodge. Touch for map. Marker is in this post office area: Buena Vista GA 31803, United States of America. Touch for directions. 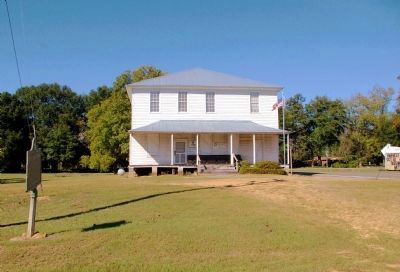 Photographed By David Seibert, October 30, 2010
3. Old Courthouse – 1848 Marker
The marker is edge-on in the left foreground. 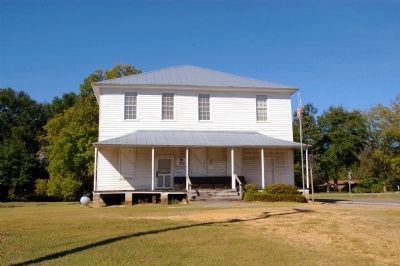 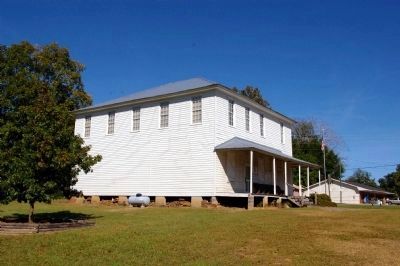 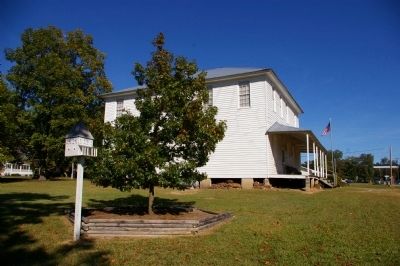 Photographed By David Seibert, October 30, 2010
6. 1848 Marion County Courthouse
A small birdhouse, a miniature of the courthouse, is in the foreground. 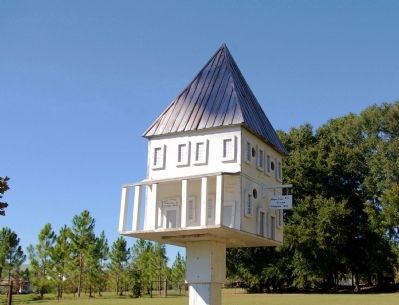