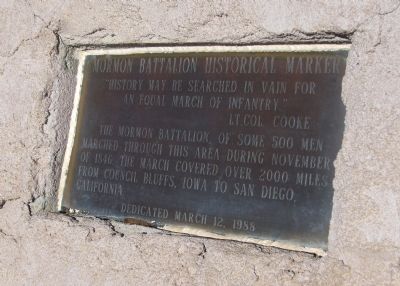 The Mormon Battalion, of some 500 men marched through this area during November of 1846. The march covered over 2000 miles from Council Bluffs, Iowa to San Diego, California.

Topics and series. This historical marker is listed in this topic list: War, Mexican-American. In addition, it is included in the Mormon Battalion series list. A significant historical year for this entry is 1846.

Other nearby markers. At least 1 other marker is within 5 miles of this marker, measured as the crow flies. Lake Valley (approx. 4.4 miles away).

More about this marker. Monument is about 30 inches tall, and if the grass is tall, you may not be able to see from the road. 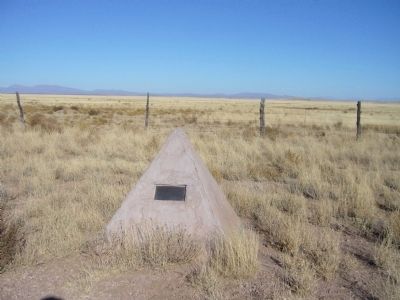 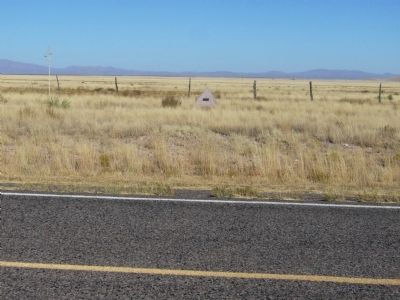