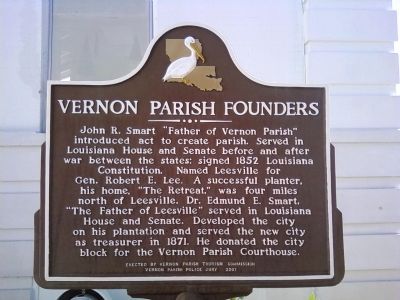 John R. Smart "Father of Vernon Parish" introduced act to create parish. Served in Louisiana House and Senate before and after war between the states: signed 1852 Louisiana Constitution. Named Leesville for Gen. Robert E. Lee. A successful planter, his home, "The Retreat," was four miles north of Leesville. Dr. Edmund E. Smart, "The Father of Leesville" served in Louisiana House and Senate. Developed the city on his plantation and served the new city as treasurer in 1871. He donated the city block for the Vernon Parish Courthouse.

Topics. This historical marker is listed in these topic lists: Government & Politics • Settlements & Settlers. A significant historical year for this entry is 1852. 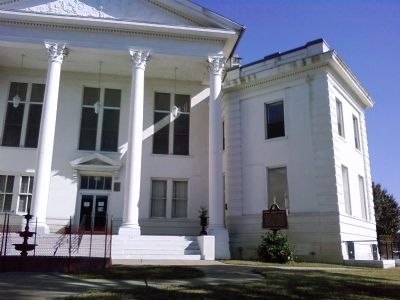 Click or scan to see
this page online
Touch for map. Marker is in this post office area: Leesville LA 71446, United States of America. Touch for directions.