From the beaches to the Baltic 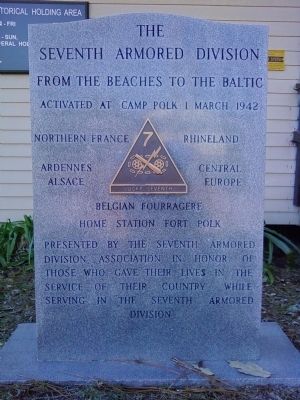 Location. 31° 2.498′ N, 93° 12.741′ W. Marker is in Fort Polk, Louisiana, in Vernon Parish. Marker is on South Carolina Avenue north of Bell Richard Avenue, on the right when traveling north. Located in front of the Fort Polk Historical Holding Area, Building 917. Touch for map. Marker is in this post office area: Fort Polk LA 71459, United States of America. Touch for directions. 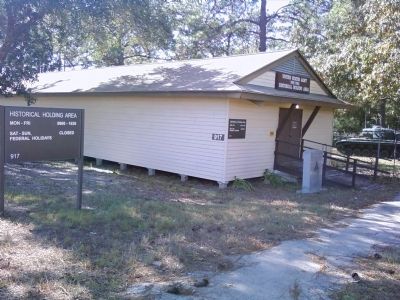 Additional comments.
1. Historical Holding Area
If you decide to visit, you should verify the hours with Fort Polk. The museum was not open the day of my visit, despite the sign. It is my understanding that Fort Polk is building a new area to house the museum's holdings, although I was not told when it was scheduled to reopen.
— Submitted November 24, 2010, by Lee Hattabaugh of Capshaw, Alabama. 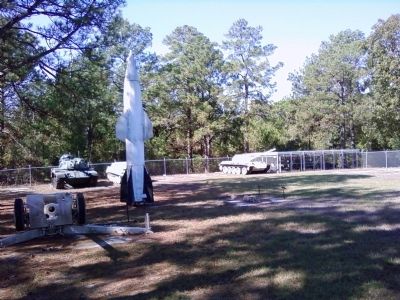