The Bombardment of Lewes 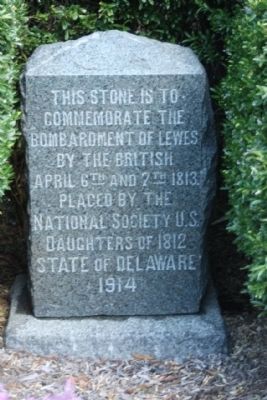 This stone is to commemorate the Bombardment of Lewes by the British April 6th and 7th 1813.

Erected 1914 by National Society U.S. Daughters of 1812 in the State of Delaware.

Topics and series. This historical marker is listed in this topic list: War of 1812. In addition, it is included in the United States Daughters of 1812, National Society series list. A significant historical date for this entry is April 6, 1813.

Location. 38° 46.553′ N, 75° 8.335′ W. Marker is in Lewes, Delaware, in Sussex County. Marker is on Front Street, on the right when traveling north. Located between Neils Alley and Bank Street at 1812 Memorial Park. Touch for map. Marker is in this post office area: Lewes DE 19958, United States of America. Touch for directions. 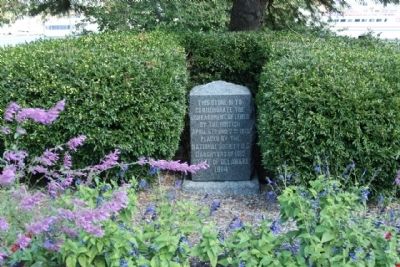 Photographed By Mike Stroud, 2010
2. The Bombardment of Lewes Marker

Regarding The Bombardment of Lewes. In March of 1813, the Royal Navy established a blockade of the Delaware Bay and River. The British squadron, under the command of Commodore John P. Beresford, RN, took up stations off Lewes and the Delaware Capes, and began to conduct raids along the coast in an effort to disrupt maritime commerce and shipping. Many small actions resulted with numerous vessels being captured and destroyed. On this location was one of two fortifications that were built to protect the town of Lewes. These earthworks mounted several cannon, and were manned by militia under the command of Colonel Samuel Boyer Davis. After Delaware authorities refused a demand to provide supplies, the British ships took up bombardment positions off the town. From April 6th into the 7th, Lewes was shelled for twenty-two hours, with the British firing as many as 800 projectiles into the town. 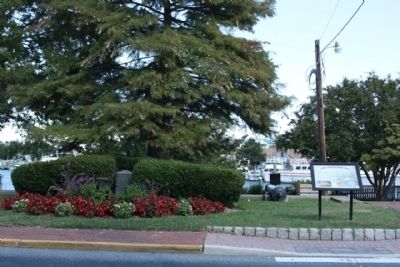 Photographed By Mike Stroud, 2010
3. The Bombardment of Lewes Marker, seen along Front Street, at 1812 Memorial Park.
This was the first use of the Congreve rocket against the Americans during the War of 1812. Naval fire was successful in striking and damaging the fortifications and many buildings in the town. Although short of ammunition, the American batteries were able to effectively reply and cause damage to enemy vessels. On April 7th the British withdrew to more distant positions. They continued to maintain the blockade until 1815.(The Delaware Public Archives) 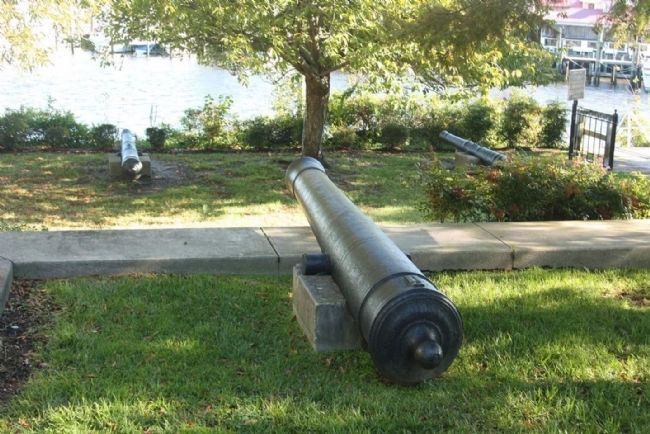 Photographed By Mike Stroud, 2011
4. The Bombardment of Lewes Memorial Cannon in the 1812 Park 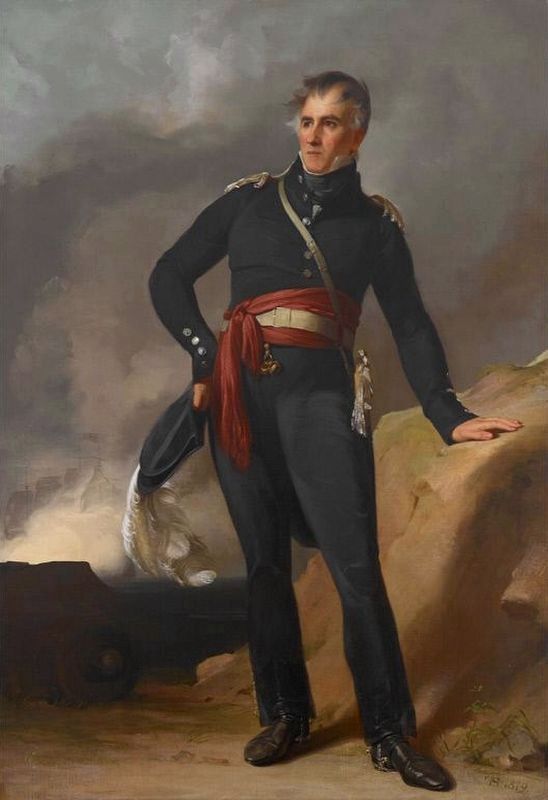