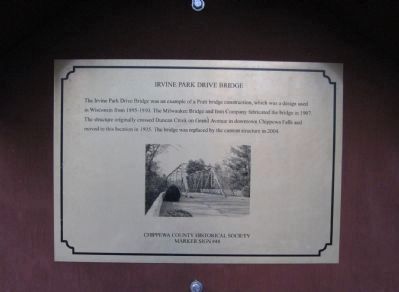 The Irvine Park Drive Bridge was an example of a Pratt bridge construction, which was a design used in Wisconsin from 1895-1910. The Milwaukee Bridge and Iron Company fabricated the bridge in 1907. The structure originally crossed Duncan Creek on Grand Avenue in downtown Chippewa Falls and moved to this location in 1935. The bridge was replaced by the current structure in 2004.

Topics. This historical marker is listed in this topic list: Bridges & Viaducts. A significant historical year for this entry is 1907.

Other nearby markers. At least 8 other markers are within walking distance of this marker. In Memory of Old Abe (about 400 feet away, measured in a direct line); The Chippewa Valley Electric Railway Co. (about 400 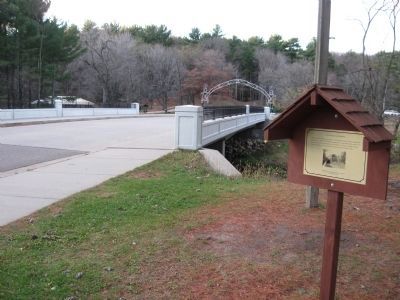 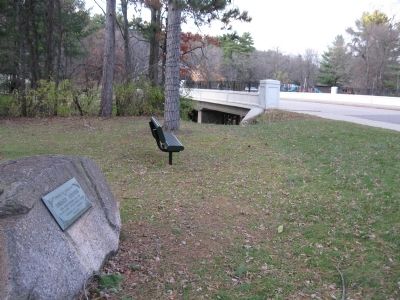 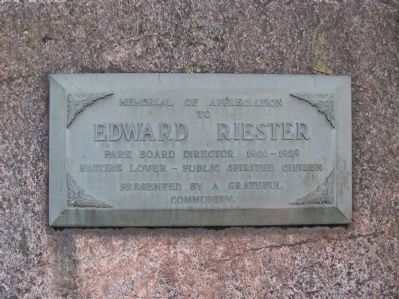