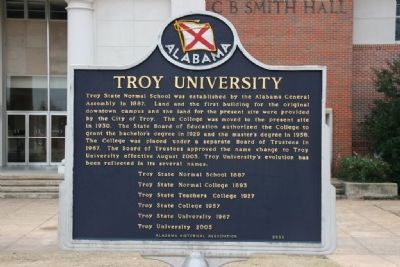 Troy State Normal School was established by the Alabama General Assembly in 1887. Land and the first building for the original downtown campus and land for the present site were provided by the City of Troy. The College was moved to the present site in 1930. The State Board of Education authorized the College to grant the bachelor’s degree in 1929 and the master’s degree in 1956.
The College was placed under a separate Board of Trustees in 1967. The Board of Trustees approved the name change to Troy University effective August 2005. Troy University’s evolution has been reflected in its several names:

Topics. This historical marker is listed in this topic list: Education. A significant historical year for this entry is 1887. 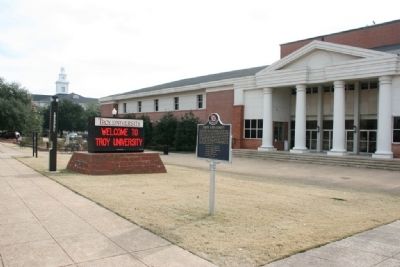 Click or scan to see
this page online
on University Avenue west of Luther Drive, on the left when traveling west. Marker located in front of C. B. Smith Hall on the campus of Troy University. Touch for map. Marker is in this post office area: Troy AL 36081, United States of America. Touch for directions. 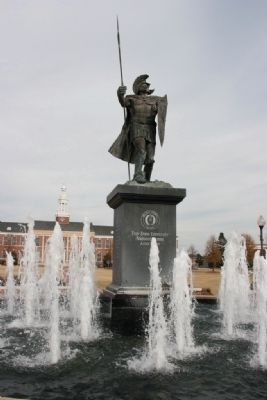