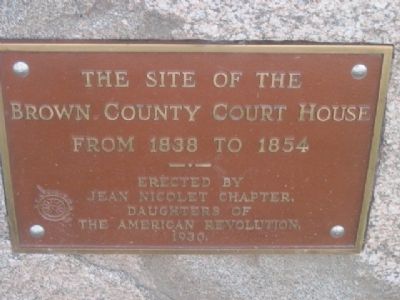 Erected by Jean Nicolet Chapter, Daughters of the American Revolution, 1930 . This historical marker is in De Pere in Brown County Wisconsin

Erected by Jean Nicolet Chapter, Daughters of the American Revolution, 1930

Topics and series. This historical marker is listed in this topic list: Notable Buildings. In addition, it is included in the Daughters of the American Revolution (DAR) series list. A significant historical year for this entry is 1838.

Other nearby markers. At least 8 other markers are within walking distance of this marker. Union Hotel (about 500 feet away, measured in a direct line); Marquette–Jolliet (about 700 feet away); White Pillars (approx. ¼ mile away); Rapides des Peres (approx. 0.3 miles away); Wisconsin's Maritime Trails (approx. 0.4 miles away); St. Norbert College & The Packers (approx. 0.6 miles away); Address by President Lincoln 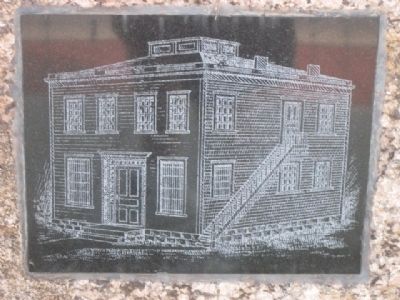 Click or scan to see
this page online
(approx. 0.6 miles away); Bernard Henry Pennings (approx. 0.9 miles away). Touch for a list and map of all markers in De Pere. 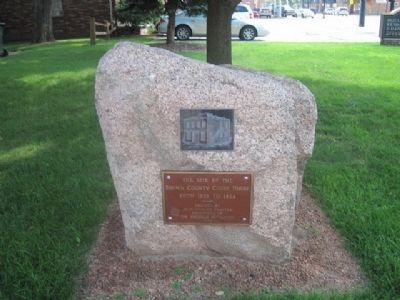 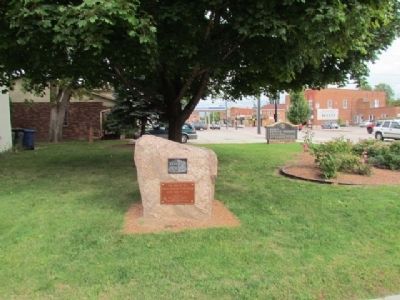